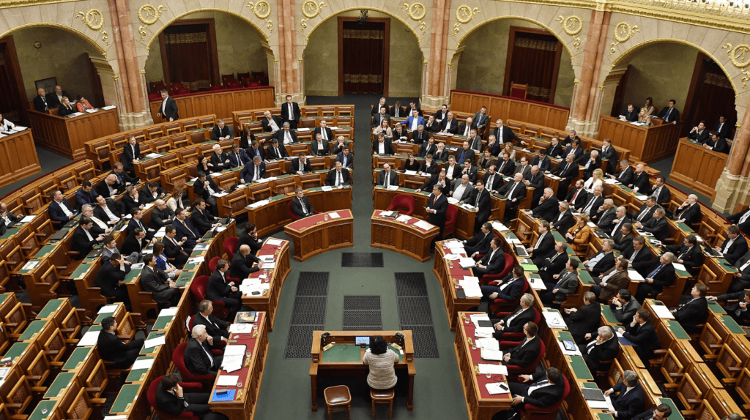 The government submitted on Tuesday a “significantly stricter” version of the “Stop Soros” bill to parliament after having made several modifications to the original draft legislation, the state secretary for government communications has said.

The biggest change made to the original draft concerns the clause obliging organisations that promote migration to register their activities; Bence Tuzson told a news conference.

Under the amended version, the organisations in question would be required to seek permission from the interior minister to organise, support or fund migration, Tuzson said.

Their requests will be reviewed in terms of their national security implications, he added.

The bill also has stipulations requiring a two-thirds majority, meaning that these will have to be backed by the opposition if they are to pass, Tuzson said.

He said the cabinet had assessed more than 600 amendment proposals for the bill and “has drawn the right conclusions” from them.

Justice ministry state secretary Pál Völner said that the clause in the law tying support for migration to the obtainment of ministerial permission requires an amendment to Hungary’s national security law.

He said organisations will have the option to appeal the minister’s decision on procedural grounds. If an organisation supports, funds or organises migration without permission, it will be given a warning by the public prosecutor to cease its activities and its tax number will be suspended, Völner said.

If the organisation in question still fails to heed the prosecutor’s warning, it will receive a fine of up to 1.8 million forints (EUR 5,770), he said.

If it still refuses to comply, the organisation will face legal action which could end with its dissolution as an NGO in Hungary.

The clause in the bill requiring organisations that promote migration to pay a 25 percent tax on donations received from abroad has been left intact, Völner said.

However, under the amended bill, it would not apply to organisations that “don’t use those donations for such purposes”.