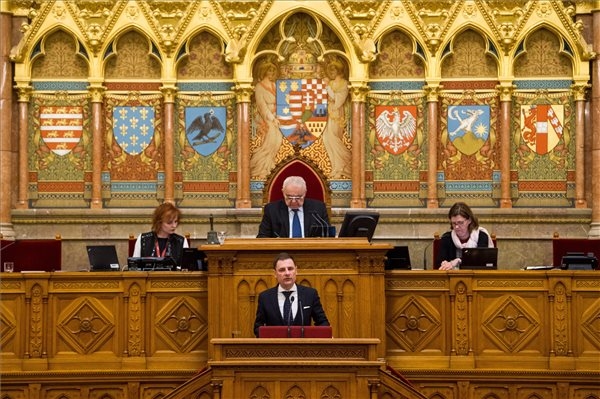 Hungary’s vulnerability has significantly decreased and GDP growth has been helped by a supportive external environment and accommodative domestic policies, the EC said in the Country Report for Hungary.

Investments have picked up thanks to the use of EU funds and export growth reflected global developments. Inflation in Hungary has risen and approached the central bank’s target.

The EC said employment in Hungary reached record highs. It attributed the rise to the overall economic upturn and effective policy measures.

It also warned that risks to a balanced growth path may start to emerge. “High capacity utilisation suggests that the economy is now moving above potential.

Hungary’s productivity growth has been slow for a decade compared to peer countries, and meeting this “pronounced” challenge is “becoming more pressing” because of the labour shortage, according to the report.

The EC warned that “weaknesses in institutional soundness and governance could weigh on the country’s economic convergence” and said “limited transparency and quality of policy making is a source of uncertainty for investors”.

Social dialogue structures and processes remain “underdeveloped”, and Hungary “performs weakly” on the accessibility and quality of public information, the EC said.

It acknowledged “important measures” taken with regard to public procurement but said there remains scope to further improve transparency and competition in the tendering process.

The EC publishes annual analyses of the economic and social situation in member states, including progress in implementing country-specific recommendations and an assessment of possible imbalances.

Commenting on the report, Bence Tuzson, state secretary for government communication, said that “Brussels is interfering in the Hungarian general election.”

The report, he said, is actually a “campaign report” designed to help the opposition. Its aim is to put pressure on the Hungarian government and topple it, so a “pro-migration government, more acceptable to Brussels,” could come to power to dismantle the border fence and implement the migration quotas, Tuzson insisted.