Hungarian FM: UK Is One Of Hungary’s Most Important Allies 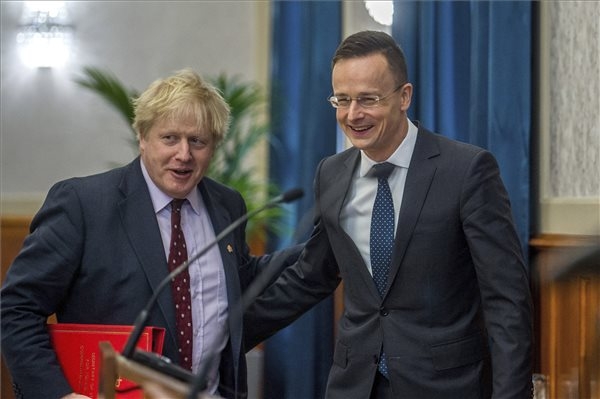 The United Kingdom is one of Hungary’s most important allies, Péter Szijjártó, the foreign minister, said after recent talks with his British counterpart, Boris Johnson.

At a joint press conference, Szijjártó said Hungary considered Britain’s exit from the European Union to be “a huge pity”.

“We greatly regret the decision of the British people, but only they have the right to decide on the future of their country.”

The minister said that by the end of negotiations on Brexit, a fair and honourable agreement should be reached between the EU and the UK. Hungary believes in the necessity for the deepest and most comprehensive free trade agreement possible.

Internal security cooperation must remain serious in the face of the grave terrorist threat to Europe, as should cooperation in common defense and security policy, he added.

Szijjártó also noted that the Hungarian government regards the protection of the rights of Hungarians living in Britain as a priority. The British foreign secretary said that although Britain was leaving the EU, it was not leaving Europe or Hungary.

Johnson said bilateral relations were very close and the position of the two countries was similar in many respects.

On the subject of migration, he said Britain considered that the situation of migrants should be handled in their first country of arrival and a distinction should be made between refugees and illegal migrants.

Further, the issue of migration should be left as a national competence, Johnson added.