Hungarian House Speaker Holds Talks With US Congressmen In Budapest 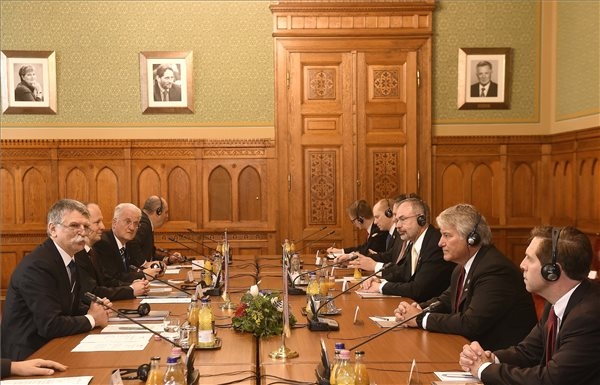 Hungary and the United States have a vested interest in developing bilateral relations along common values and promoting a better understanding between the two countries, Parliamentary Speaker László Kövér said after talks with a US Congress delegation in Budapest on Friday.

The House speaker called the United States Hungary’s most important ally outside the European Union.

The two sides exchanged views on the future of the European Union, the ways to manage the European migration crisis, V4 cooperation, the Ukrainian education law that limits the language rights of the ethnic Hungarian community, Hungarian-Russian relations and Hungary’s efforts to eliminate its unilateral dependence on energy imports.

Dennis Ross, the head of the US delegation, confirmed his strong commitment to developing closer ties between the two countries.