Hungary Is Expelling A Russian Diplomat 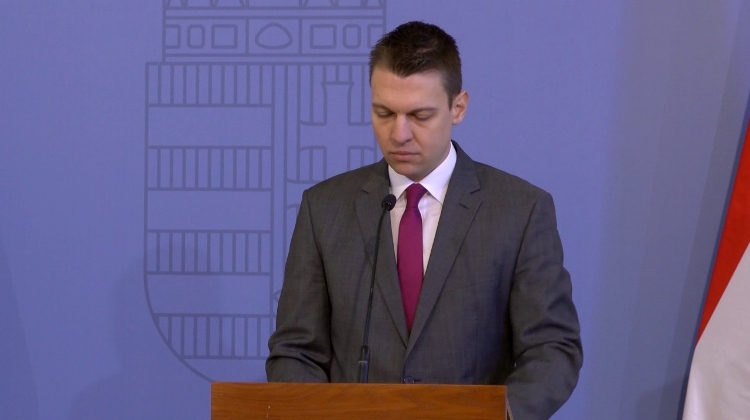 “Based on what was said at the session of the European Council, Hungary is expelling a Russian diplomat, who also performs espionage activities”, the Ministry of Foreign Affairs and Trade’s Deputy State Secretary for Communication Tamás Menczer announced in a statement.

Following last Friday’s summit of EU heads of state and government in Brussels, President of the European Council Donald Tusk announced that several member states could be adopting measures against Russia within the upcoming days with relation to the poisoning of former Russian double agent Sergei Skripal and his daughter Yulia in the United Kingdom.

On Monday, several European Union member states and Ukraine announced the expulsion of Russian diplomats in response to the poisoning of Sergei Skripal and his daughter, and in solidarity with Great Britain. The United States is expelling 60 Russian diplomats, while Canada will be expelling 4.

According to data acquired by MTI, in addition to the information put forward at the EU summit, the expulsions may also be linked to the case of former Jobbik party Member of European Parliament Béla Kovács.

At the time, head of the Central Investigative Prosecutor’s Office Imre Keresztes wrote: “The Central Investigative Prosecutor’s Office is charging the politician with spying against the institutions of the European Union, as well as with committing budgetary fraud on a professional basis causing significant financial damage, and three counts of consecutively using false private documents.

Béla Kovács and his three fellow defendants are on bail pending further enquires.

The Chief Prosecutor recalled: The Constitutional Protection Office lodged an official complaint in April 2014 with relation to the crime of spying against the institutions of the European Union. Based on the subsequent investigation, on 12 May 2014 it requested the European Parliament to suspend Béla Kovács’s parliamentary immunity.

The MEP’s parliamentary immunity was eventually suspended on 14 October 2015, almost one and a half years later, following which it was finally possible to publish the reasonable suspicion according which, in essence the MEP performed espionage activities for the secret services in the interests of a foreign state.