Local Opinion: Government May Scale Back Its Anti-Soros Campaign 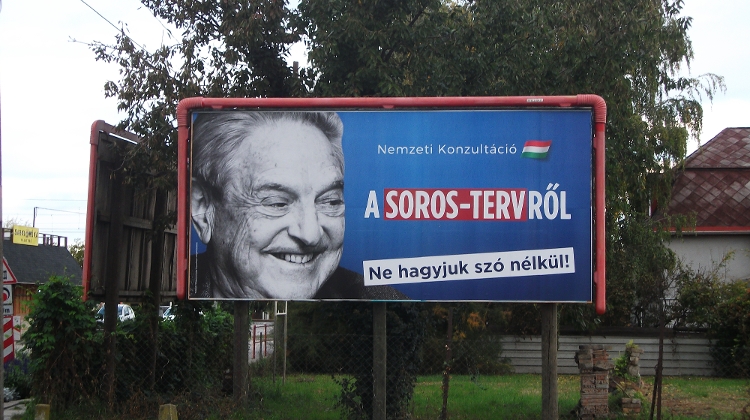 As government spin doctors are reported to be weighing a new communications strategy in the wake of their candidate’s defeat in the Hódmezővásárhely mayoral election, a liberal columnist predicts that they will target the disparate nature of the opposition – and they will be right.

The opposition press has aired an alleged confidential appeal by the Fidesz headquarters to their local and national politicians to stop posting anti-Soros remarks on their internet sites. The government side has apparently found that the Stop Soros campaign has backfired, and its experts are reportedly working on an alternative.

On hvg online, András Hont is certain that the government side will centre its campaign on the fact that the opposition is composed of incompatible political forces. Fighting them one by one wouldn’t work, he explains, because that would not discourage the supporters of the individual opposition parties.

By contrast, targeting them as one group may raise serious doubts about the wisdom of voting for them.

Never mind, he continues, for a government comprising Jobbik DK, LMP and the MSZP would simply not be desirable either. Hont who has consistently called on the opposition to boycott the election, now admits that his idea was also unfeasible.

He now believes the elections could prove the existence of an anti-government majority on aggregate, even if that does not produce a new majority in Parliament because of the fragmented character of the opposition.