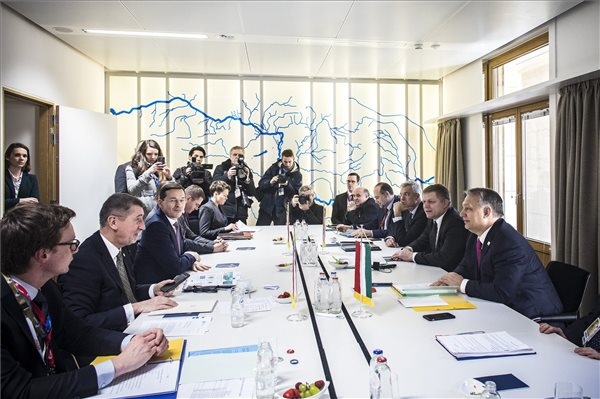 Commenting on the United Nations’ migration proposals, Prime Minister Viktor Orbán said Hungary was not alone in its efforts to fight them.

He referred to the United States as a country that does not want a world where migration is recognised as a human right and fences are taken down.

Along the same lines, he cited Australia, Japan, the new Austrian government and Bavaria, as well as the Visegrad Group; and most likely Italy, where the elections are taking place this weekend.

If migration becomes a human right, “this will be a sure recipe for destroying the Earth, leading to a primitive humanity,” he said. If sovereignty is taken away, then ancient cultural rights, opportunities and a living standards achieved through hard work will be at risk, he added.

Orbán also said that the European Union wanted to decide on the migrant quota issue in the current cycle of the European Parliament. Next year, an EP election will take place and “the anti-immigration forces” are expected to make advances.

“Indeed, from July 1, Austria assumes the EU presidency, and the new Austrian government was elected on an anti-migrant platform, so Brussels and [US financier] George Soros have a chance of pushing through Dublin IV by July 1, leading to the introduction of mandatory quotas, while stripping nation states of their powers when it comes to migration policy and handing them to the European institutions.”

“They will send tens of thousands of people here,” he insisted. He said Hungary would be turned into a collection point for migrants due to German and Austrian border control rules. At stake in the upcoming general election was whether or not Hungary would become “an immigrant country”.

Orbán vowed to continue heading a national government and he promised to use his veto in Brussels if necessary.

The prime minister also addressed the dispute between the EU and Poland, saying that Warsaw was a “target” because Poland was central Europe’s leading state.

“The Germans and Brussels are targeting Poland because they reason that if Poland is weakened, central Europe’s resistance to immigration will be weakened too.”

Orbán welcomed French President Emmanuel Macron’s consultations on the EU’s future, saying “let’s hold them and each nation should make the best use of its national practices”.