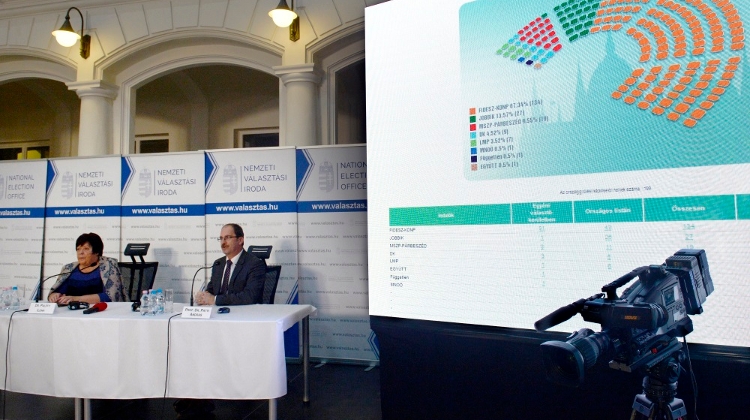 Official election data published on valasztas.hu indicates that democratic opposition candidates could have won in all 18 Budapest electoral districts had one or more parties withdrawn their candidates in a timely manner in the 2nd, 3rd, 4th, 6th, and 14th districts.

In Budapest’s 13th district, where the LMP candidate received 3,600 votes, Fidesz-KDNP candidate Kristóf Szatmáry received only 1,300 votes more than Együtt’s Zoltán Vajda who, earlier in the day, had been tipped to win the election.

Speaking to Olga Kálman on HïrTV the evening of the election, disgusted political analyst László Kéri claimed the political opposition (far-right Jobbik included) could have defeated Fidesz and even obtained a two-thirds parliamentary majority for itself had it run a unified slate of candidates encompassing all 106 electoral districts.