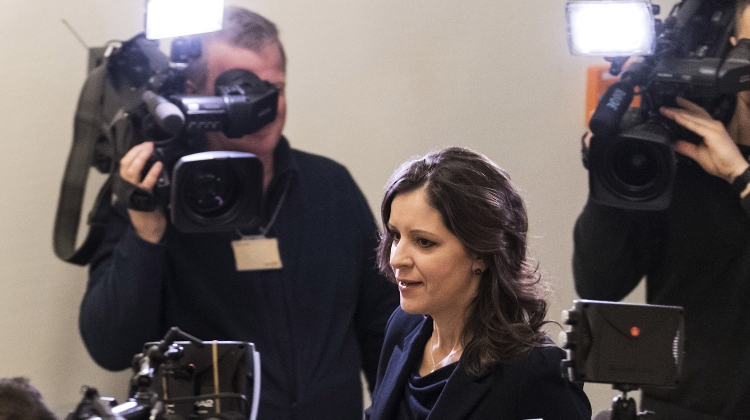 Fidesz-KDNP has again boycotted parliament’s national security committee meeting. This is the fourth time the committee has not made quorum. Fidesz’s Szilárd Németh, the committee deputy chair, has boycotted the meetings on grounds that he believes Politics Can Be Different (LMP) committee member Bernadett Szél to be an agent of financier George Soros.

Why does this matter?

By boycotting the meetings, Fidesz is obstructing parliamentary oversight of Hungary’s clandestine services.

Why is this a big deal right now?

With Hungary’s general election just 10 days away, several emerging scandals with national security implications have come to light. These scandals, which are quite significant, have the potential to seriously undermine Fidesz’s campaign.

By preventing the parliamentary committee on national security from meeting, it precludes the political opposition from making “political hay” of the various scandals, even as it introduces an alternative narrative — one questioning the patriotism of LMP co-chair and candidate for prime minister Szél.

What are these scandals?

•           The FBI allegedly having someone in custody who was a member of and has information about a complex 4 billion EUR money laundering scheme involving embezzled EU funds.

•           The scandal above ties into another involving Prime Minister Orbán’s relationship with the late Ghaith Pharaon.

•           Reports that Hungary sold residency permits to an alleged international criminal and Bashad al-Assad’s money man. Both were reportedly cleared by the state security services to purchase the bonds. Assad’s money man was reportedly sold the bond despite being on a US sanctions list.

•           The recent expulsion of a single Russian diplomat from Hungary.

•           Ties between the FSB and businessmen in Fidesz‘s economic hinterland.and more.

LMP’s Szél has promised to file a complaint against Speaker of the National Assembly László Köver for failing to ensure the operation of parliament by not compelling Fidesz-KDNP MPs to attend the meetings.

“Enough of this clowning around, they are fleeing cowards! Cowardice, Fidesz is thy name!” Szél said.