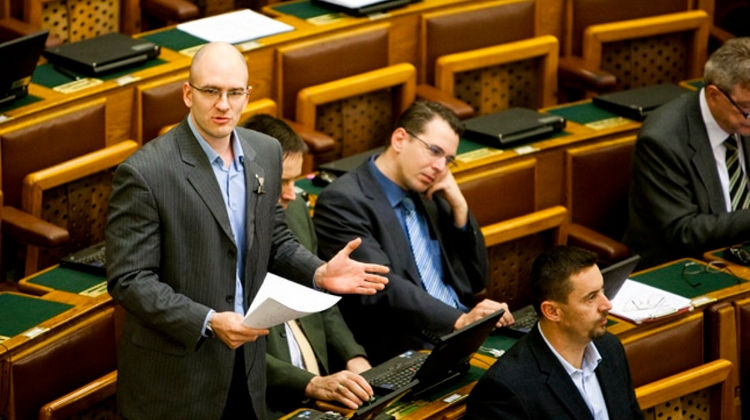 The opposition Jobbik party has vowed to appeal the election results and launch a plebiscite on fair media coverage for political parties. The radical nationalist party will go to court over perceived fraud in the recent election, Dániel Z Kárpát (pictured on top), the party’s deputy leader, told a press conference.

Jobbik has reviewed the election minutes and consulted its delegates on vote counting committees, concluding that “systemic abuse of power” had affected more than 10,000 votes.

The party has appealed the results declared in 15 constituencies, and unless a proper investigation is forthcoming, the legitimacy of the elections will remain in doubt, he said.

The National Election Office’s “disastrous” handling of voters outside of their constituencies and Hungarian residents abroad has deepened the lack of trust towards the establishment, he said.

On the parties’ media coverage during the election campaign, Z Kárpát said the public media’s biased coverage “breached all regulations and directives”.

Jobbik received no longer than two 5 minute slots in public media programming, he said. Jobbik is launching a referendum bid to achieve equal coverage for all “measurable” parties in the public media, he said.