LMP: Election IT System In Hands Of Small Circle 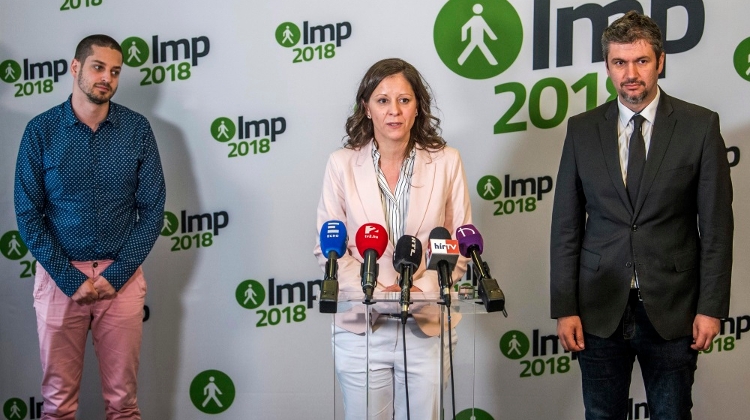 The opposition LMP party has questioned the integrity of the computer system and administrative apparatus responsible for the handling of Hungary’s election data, insisting the entire system was compromised by “serious security holes”.

After assessing the network of institutions, firms and the technical background for administering the April 8 general election with the help of IT experts, data analysts and lawyers, Bernadett Szél, LMP’s co-leader, and Márta Demeter, a party lawmaker, told journalists there were “shocking interconnections” between people operating the election IT system and a narrow circle of overseers which left the entire set-up open to manipulation.

Demeter insisted the election’s administration network showed signs of being set up “according to the logic of organised crime”. The National Election Office (NVI) and the interior ministry are investigating a halt to the operation of the election system, she said, adding that no satisfactory answers to their many questions had been forthcoming.

Among the security risks, she noted that Morocco has the basic source code for an earlier version of the integrated electoral system. And whereas LMP has no evidence in its possession that the current system is a further development of the earlier one, this can be assumed, she insisted.

The LMP officials also mentioned the role in the election of György Vertán, whose companies have won public tenders. One of his firms operates the ruling Fidesz party’s website, they noted. Another company, Tigra Business Intelligence, is connected to Krisztina Kertész Demény, a “side-kick” of Sándor Pintér, the interior minister, and it has developed programs for the NVI.

If election data have indeed been manipulated, then it is likely that Tigra was responsible, the LMP politicians insisted.

Szél also said there were serious distorting effects apparent in her own constituency in the conduct of the election. She has therefore turned to the Kúria, Hungary’s supreme court, with the aim of securing a repeat election there.