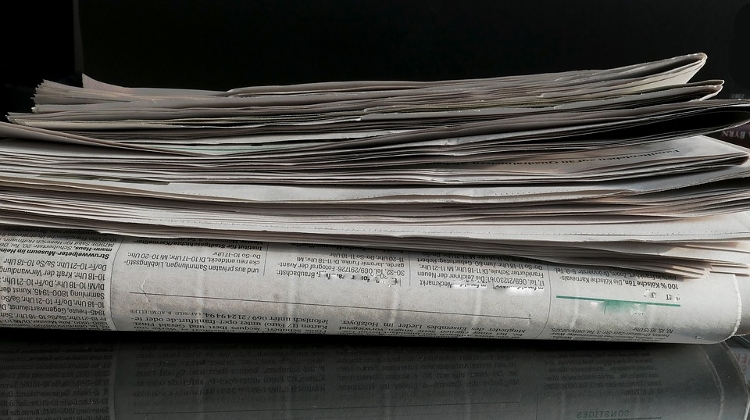 In their first issues after last Sunday’s election, the five nationwide opposition weeklies paint a desolate picture of Hungary’s future, while the two pro-government ones find that the crushing victory achieved by the government gives it unprecedented legitimacy.

Figyelő describes the third consecutive victory of the government side a result which defies the imagination. After all the votes were counted, Prime Minister Viktor Orbán’s party got almost 50% of the ballots which makes any complaints about the electoral system irrelevant, Figyelő writes.

In his Demokrata editorial, András Bencsik remarks that outside the capital city, the right-wing and left-wing opposition combined only won in three urban districts throughout Hungary.

He believes that people living in their ‘natural environment’ value the national tradition more than their compatriots who are city dwellers and are more prone to be influenced by fashionable ideas.

In Élet és Irodalom, political analysts Attila Juhász and Péter Krekó think that the political differences between urban and rural regions are not specifically Hungarian phenomena but can be observed wherever what they call right-wing populism has increased its influence.

They recall that the fate of the Brexit vote in Britain as well as of the presidential election in the United States was decided by rural and elderly voters.

Magyar Narancs suggests that opposition parties should boycott Parliament, because given the two thirds majority of the government, they will have no influence whatsoever on political events. Their participation would only help maintain the semblance of democracy.

They should demand a new electoral law and other constitutional changes before they return to Parliament, the editors suggest. Meanwhile, the next elections in four years’ time can only produce a different result if there is only one opposition party to challenge Fidesz, Magyar Narancs writes.

He sees the results of the past two elections as proof that Hungary has returned to its historical tradition of being eternally governed by a giant ruling party with the semblance of a multi-party system.

Heti Válasz editorial, Gábor Borókai ascribes the third consecutive victory of the government side to the weaknesses of the opposition. Prime Minister Viktor Orbán is a European political player and has not had to face a comparable challenger. Nevertheless, half of the electorate still voted for that ‘scrappy’ opposition, he remarks.

The government’s campaign against mass immigration was victorious over the anticorruption campaign conducted by the opposition, Borókai writes, but warns the victor that he must serve the population as a whole, and give the population something to hope for, which might prevent further mass emigration.

In 168 óra, political analyst Zoltán Vasali deems its surprising that the outcome of the election caught the opposition unawares. The explanation, he writes, is that they live in an information bubble and therefore ignore the public mood.

He condemns those among them who despise the rural population which bought the anti-Soros and anti-migrant campaigns. He also cautions them against seeking culprits among their own ranks. Instead they should try and rebuild themselves for the future.