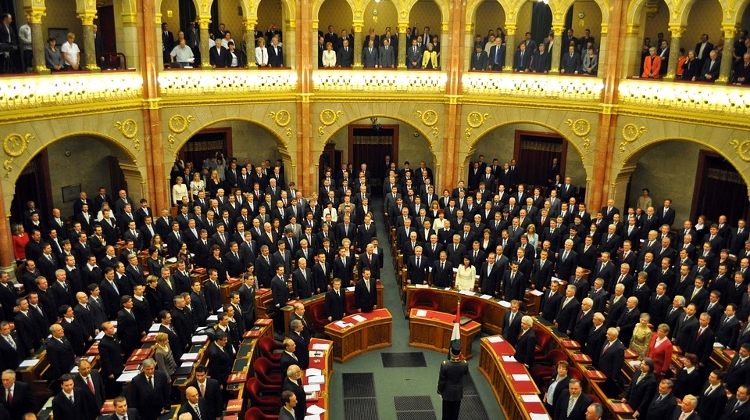 The ruling Fidesz-Christian Democrat alliance is likely to win Sunday’s general election with 43% of the vote, giving it between 112 and 123 out of 199 seats in parliament, according to a fresh pre-election forecast by the Nézőpont Institute.

In Nézőpont’s forecast, radical nationalist Jobbik is seen coming in second with 22% of the vote, followed by the Socialist-Párbeszéd alliance with 11% and the Democratic Coalition (DK) and LMP with 8 % each.

The opposition Momentum Movement, the satirical Two-Tailed Dog party and opposition Együtt are seen garnering 3%, 2% and 1% of the vote, respectively, all below the 5% parliamentary threshold. Nézőpont projected a turnout of 65%.

Though the Fidesz-ChristDem alliance is unlikely to win a two-thirds majority, it is expected to retain a stable majority. Nézőpont’s model forecasts between 36 and 42 parliamentary seats for Jobbik, 19-20 for the SocialistPárbeszéd alliance, 11-13 for DK and 6-8 for LMP.

The German national minority is also expected to send one representative to parliament. Of its total number of seats, Fidesz-KDNP is expected to win between 74 and 85 mandates in individual constituencies.

Jobbik is seen winning 7-13 electoral districts, while the Socialist-Párbeszéd alliance is projected to win 8-10.

DK is seen winning 3-5 districts and LMP no more than 1 district. A maximum of three more candidates supported by the leftist parties are forecast to win their individual constituencies.

Fidesz-KDNP is projected to win 38 seats from the votes cast for national lists, followed by Jobbik with 29, Socialist-Párbeszéd with 10-11, DK with 8 and LMP with 6-7 seats.

In its calculation of seats won from national lists, Nézőpont took into consideration phone and online polling data, election history, party preferences by undeclared voters and the campaign’s ability to mobilise voters.

The calculation of seats won in individual constituencies took into account the results of the 2014 electoral district races, the projected turnout, the forecast of votes cast for national party and minority lists, and the projected number of mailed votes.