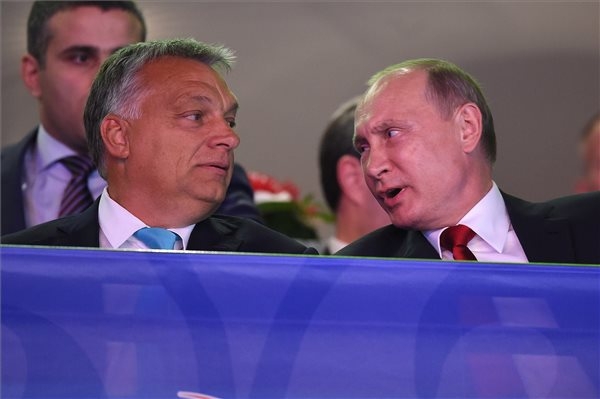 Putin said that Russian-Hungarian cooperation harboured significant potential and he expressed his belief that the further development of constructive bilateral relations served the interests of both countries and the whole of Europe, Bertalan Havasi said.

Kvirikashvili said: “I am extremely delighted to note that our relations and friendship, based upon mutual respect, understanding and far-sighted vision, are growing stronger in all areas of cooperation”.

Chen said he was pleased that Orban had been re-elected yet again, adding that over the years, the Hungarian government had achieved “outstanding results” under Orban’s leadership and Chinese-Hungarian relations had undergone “unprecedented development”.

Council of Europe Secretary-General Thorbjorn Jagland has also congratulated Orban on his election win. In his congratulatory letter, Jagland praised Hungary’s role in the work of the CoE, noting that Hungary hosts the European Youth Centre in Budapest.

Jagland expressed hope that Hungary and the CoE would continue their cooperation “in these challenging times for Europe”.