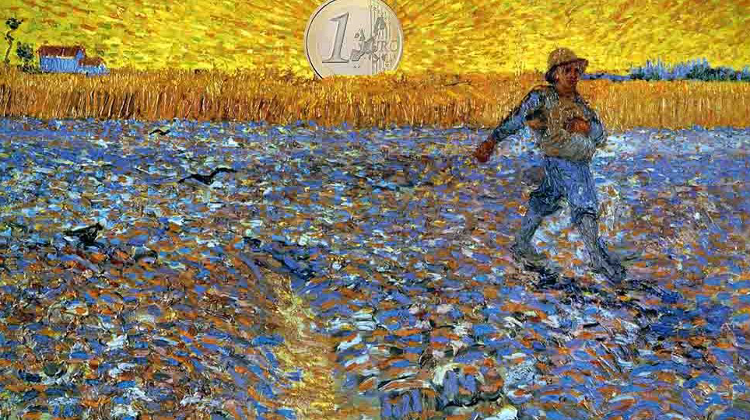 Four and a half years to the day after its launch, The Budapest Beacon is publishing its final article today in the form of an exit interview with Budapest Beacon managing editor Richard Field.

Why has our publisher decided to stop publishing the Budapest Beacon?

The severe erosion of media plurality in Hungary makes it nearly impossible for us to continue publishing a fact-based newspaper of record about Hungary.

Doesn’t Wednesday’s closure of Magyar Nemzet mean we should redouble our efforts?

When we started we could typically draw on four or five different articles published by different media outlets on any given news story. The closure and/or purchase of a number of independent media outlets by pro-Fidesz businessmen makes it increasingly difficult for us to source accurate, reliable news about what is really happening in Hungary.

Fortunately, there is ample English language news about Hungary these days, from The New York Times to the BBC, so I don’t think we’ll be missed.

For sure government spokesman Zoltán Kovács is going to miss us!

Like a hump on his back! Anyway, our publisher feels the money spent on the Beacon can be better spent on other worthwhile projects.

Hungary isn’t the only western country going over to the dark side. Our publisher loves Hungary and is genuinely concerned about democratic backsliding in this small central European country of 10 million. However, there’s a North American country of 320 million people he’s even more concerned about, if only because, for all of its problems, it remains a bastion of democracy for the time being.

What’s going to happen to Abcug?

Our publisher will continue to underwrite its operations, in part because it is an invaluable source of information for Hungarian policy makers about what is happening in the countryside, a topic virtually neglected by the Hungarian press until recently. Before Abcug, journalists rarely ventured more than 10 km from Budapest or other large cities. I’m pleased to see that, in addition to republishing Abcug articles, other publications have started writing about issues affecting the countryside, such as poverty and segregation.

What about the American House Foundation?

The American House Foundation will continue to supply the Hungarian Red Cross with bread and milk for distribution to poor families in the countryside, as well as other foodstuffs for distribution to people living in the poorer parts of Budapest, for the foreseeable future. These programs have been successfully running for a number of years and we have no intention of defunding them.

What do you make of the fact that Fidesz won big in the poorest regions?

People threatened with starvation or exposure tend to be risk averse. Viktor Orban told them Islamic terrorists were going to steal their social benefits and rape their women. And they believed him.

Why do you think the European Union hasn’t done more to force Hungary to return to the path of democracy?

As a consensus-based organization, the EU needs the cooperation of all member states to enact reforms necessary to ensure its survival. I imagine this makes it very difficult to single out one or two member states for harsh criticism.

Is that the only reason?

My understanding is that western companies are making a lot of money in Hungary and are only too happy to run interference for Viktor Orbán with their governments. German companies in particular receive huge Hungarian state subsidies.

But even that doesn’t explain the reluctance of Brussels or the European People’s Party to pressure Hungary under Viktor Orbán and Fidesz to honor international obligations with regard to human rights, rule of law, separation of powers, press freedom, or judicial independence.

Corruption extending beyond Hungary’s borders might be a factor. Certain EU officials may also be in on it. Who knows? If someone is stealing billions worth of European taxpayer money each year, they can afford to share the love.

Why is corruption such a problem in Hungary?

Because if you can steal $5 million a day filling in forms why would you do anything else? So they have to wind up a few government agencies from time to time to hide their tracks. Winning a national election in a EU structural fund net recipient country today is a license to steal money from European taxpayers.

Thousands of government employees do little more day in and day out than generate the reams of documents necessary to call down EU funds and disburse them to the companies owned by businessmen close to Fidesz officials or their relatives.

Just last week 24.hu reported that shortly before the election the government paid out $100 million worth of “special bonuses” to some 3,000 government employees dealing with EU funds. Guess where the money came from?

The problem is that sooner or later independent media and government watchdog NGOs get wind of this and start criticizing you.  So you accuse them of being in the pay of foreign subversives.

As for the electorate, you scare them by, for example, telling them that an old rich Jew is sending young Muslim men to rape your wives and daughters and strip you of your jobs and pensions. The European migration crisis came at the perfect time for Viktor Orbán and his merry band of kleptocrats.

And the more the government spends “informing” the public about existential threats at home and abroad, the more taxpayer money can be diverted to pro-government media and advertising agencies. Over a period of three years they spent 100 billion forints, or $400 million, on a virtually continuous countrywide campaign conflating migration with terrorism.

This perfectly dovetailed with plans to launch a new pro-government media empire paid for by Hungarian taxpayers in the way of state advertising. And it would not surprise me to learn that much of this money ended up in the coffers of certain political parties, or even in the offshore accounts of certain government officials.

In the wake of the Good Friday evacuation of Gyöngyöspata in April 2011, you condemned Jobbik chairman Gabor Vona. And yet recently the Budapest Beacon’s editors thanked Vona for his service to the country and wished him well. Why the change of heart?

I was furious with Vona for seeking to score political points with conservative voters by arranging for Jobbik gendarmes to patrol the gypsy quarter there.

Nevertheless, I believe his efforts to reform Jobbik were sincere. If we’re prepared to criticize politicians for their mistakes, then we should be prepared to praise them when they do something right. I believe Gábor Vona deserves a lot of credit for trying to move his party away from the radical right towards the political center.

Vona may have tried to expel the most radical elements from Jobbik, but a lot of Jobbik politicians continue to espouse radical views. People like Márton Gyöngyösi who, several years ago, called for a list to be compiled of Jewish members of parliament, to make no mention of László Toroczkai.

What Gyöngyösi meant to say was MPs who are dual citizens of Hungary and Israel. But I agree that was not one of his better moments.  But let me tell you an interesting story.

Sometime after that incident I took my two young sons to the park. And who was there spinning his son on the merry-go-round but Márton Gyöngyösi. At first, I was reluctant to go near him, and he sensed my disapproval. But when my boys climbed onto the merry-go-round next to his son, I had no choice but to give it a push myself. At one point we looked up at each other and smiled because our children were laughing. Whatever our philosophical differences, for a few moments that one afternoon we had one big thing in common: the love of our children and our hope for a better future.

However, there was one thing he said at the end of the speech with which I found myself in complete agreement:

“Even in times of greatest struggle, find in your hearts and see in your neighbor a friend and fellow countryman. We are all of the same blood, said the son of the wolf, and he is right. It binds our hearts, our memories, and our loyalty to our country. All of us are Hungarians. To be Hungarian means we love our homeland and respect each other.“

For Hungary’s sake, I sincerely hope he means it. But in light of yesterday’s article in Figyelő listing the names of alleged Soros “mercenaries,” the vast majority of which happen to be Hungarian citizens, I seriously doubt it.