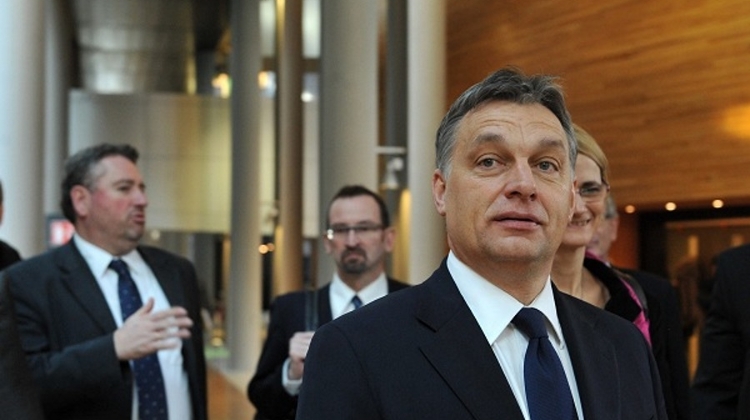 Around the time of the most recent general election various profiles were published in the international media, all with varying perspectives. Here's an overview of five of them, preceded by quick Q&A quotes and a brief bio, followed up with a profile video.

Born on 31 May 1963, he's a married and religious man, a father of five, and now a historic leader of millions.

How do you relax?
"I read books. And football. And I like to drive — not for the speed but I like not to be followed by bodyguards."

What’s on your night table?
"The Bible. “You Tomorrow” by Ian Pearson. A crazy book, a futuristic description of how we will live in 30 years. The world is going ahead so quickly."

Historical figures you most admire?
"Ronald Reagan. And Helmut Kohl. German reunification is the precondition of Hungarian freedom."

What’s your favorite film?
"Once Upon a Time in the West. Westerns aren’t complicated."

If you weren’t a Hungarian...?
"It’s impossible not to be Hungarian."

He studied law at the Eötvös Loránd University of Budapest and graduated in 1987. The following year he gained a fellowship at a central and eastern European research group sponsored by the Soros Foundation.

Also in 1988 he became a founding member of the Alliance of Young Democrats (Fidesz). In 1989 Orbán received a scholarship from the Soros Foundation to study political philosophy at the University of Oxford.

In 1993 he took on the role of Fidesz Chairman, and by 1998 he was Prime Minister of Hungary, serving until 2002. In that year Orbán became Vice-chairman of the European People's Party.

His second term as Hungarian PM started in 2010, and in 2018 he made history by securing a third consecutuve term (his 4th general election win) following a sweeping victory after campaigning against Soros's 'Migrant Plan'.

1. Right before the election this April the New York Times published
How a Liberal Dissident Became a Far-Right Hero, in Hungary and beyond

"Mr. Orban is expected to lead his party to victory in parliamentary elections on Sunday - not as the pro-Western statesman he once promised to be, but as a hero to the far-right, a scourge of civil society (and of Mr. Soros), and the embodiment of the failed promise of liberalism..." wrote Patrick Kingsley.

Earlier the British state broadcaster wrote that Orbán, "described his goal for Hungary as creating an "illiberal state", and argues that authoritarian systems such as China, Turkey and Russia are a more appropriate model than Western liberal democracies.

Critics say a media law introduced in 2011 undermined pluralism and created a compliant media, while a new constitution pushed through in 2012 weakened political checks and balances and entrenched the ruling party's power.

Mr Orban rejects such charges, insisting that Hungary's unique character and history mean that the nature of Hungarian democracy is necessarily different from that in other countries."

The BBC also reported about him winning a 3rd consecutive term
Viktor Orban: The man who thinks Europe is being invaded

"Viktor Orban presents himself as the defender of Hungary and Europe against Muslim migrants. But critics attack him as a racist and an authoritarian. What does his victory mean for Europe?" asked Nick Thorpe.

However, the latter's support for Orban was lambasted by Washington Post columnist Brian Klaas, who called Orban an "anti-Semitic, racist demagogue and an authoritarian… destroying" Hungarian democracy."

4. Politico's recent profile piece asks 'How Does One Make Sense Of This Man?'
The small-town rebel helped bring down the Wall. Now he builds them.

"The Orbán brand of politics is a new norm in Europe. You pick up Orbánesque notes from France’s National Front on the far-ish right, Spain’s Podemos on the left, Poland’s new conservative leaders, Italy’s Socialist Prime Minister Matteo Renzi, the Tories in Britain — even Donald Trump in America."

“I’m a village boy,” he says. His father was a disciplinarian prone to violence. He came from what he called an “uncultured” background and in his teens he was active in the Communist Young Pioneers.

“I always had a bit of a schizophrenic tendency,” Orbán told an interviewer in 1989. “I was able to see myself totally from the oustide. And I was always quite merciless, and I still am, with myself.”

5. Finally, just before the Euronews Video Profile below, here's the website of the man himself:  www.orbanviktor.hu