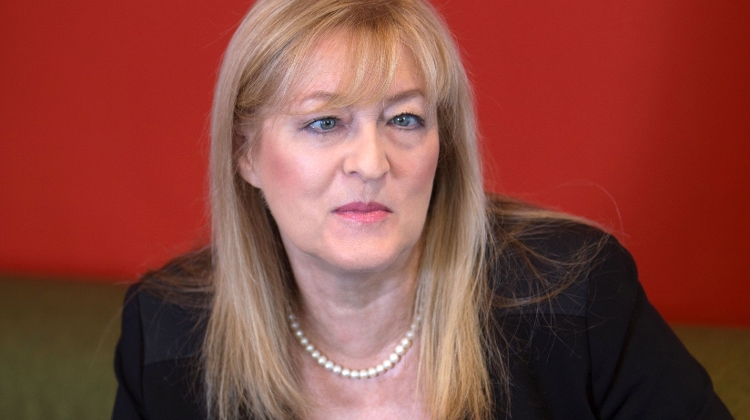 Recently the BBC commissioned a Ipsos MORI survey that showed that Hungarians are a pretty intolerant lot, among the citizens of 27 countries at least, writes Eva S. Balogh. Less than half of the adult population in Hungary believe that people across the world have more things in common than things that make them different, she reports.

Only South Koreans and the Japanese scored lower on this metric. As for tolerance of people of different backgrounds, cultures, or points of view, the lowest levels were found in Hungary (16%) and South Korea (20%).

Nick Thorpe, the Central Europe correspondent for BBC News and BBC World News, talked about the topic in an interview with Népszava. The occasion for the interview was the publication of the Hungarian translation of his book about encounters with refugees along the Balkan route over the last three years.

The book title, “The road is crying in front of me,” was borrowed from a Szekler folksong from Bukovina. In the book Thorpe insists that in Hungary “today there is no refugee crisis. Anyone who claims that there is is only playing a political game.”

During the interview Thorpe, referencing the Ipsos MORI survey, observed the strong Hungarian tendency to consider outsiders as not only different but also inferior.

Nonetheless, in his opinion, Hungarians’ attitude toward the refugees stems not so much from a hatred of foreigners as from a fear of the unknown.

Given the Orbán government’s hate campaign of the last three years, I wouldn’t be as confident as Thorpe about the motivation of those 75-80% of Hungarians who show little or no compassion for the refugees.

In the interview Thorpe described his overwhelmingly positive encounters with the refugees. During his time with them he never felt threatened. He jokingly added that “his most frightening encounter was when Mária Schmidt yelled at him for half an hour.”

Well, Mária Schmidt (pictured at top) is still doing battle with Nick Thorpe, as we found out from an article on her blog, Látószög (Viewing Angle). Schmidt has serious reservations about him and his writings.

For example, Thorpe’s “long and boring article” titled “The man who thinks Europe has been invaded.” The article is of course about Viktor Orbán. And when Orbán is criticized, Schmidt, the court historian, rallies to the cause as one of his greatest defenders.

What’s wrong with Nick Thorpe? According to Schmidt, “he is a man of the far left, a Green, and an unrelenting supporter of home birth.” But that’s nothing.

What is truly unforgivable is that Thorpe, who speaks Hungarian and has some idea about Hungarian history, can say that “Hungarians have long memories of foreign invasion—of being overrun by the Turks, the Austrians and the Russians.

In World War Two, most of her large Jewish population was murdered in death camps, and in the post-war deportations she lost many of the Germans who had settled in Hungary since the 18th century.”

Anyone who’s familiar with Hungary history from the sixteenth century onward could legitimately ask what’s wrong with this brief summary of some of the misfortunes that befell the country. Schmidt has the answer.

Thorpe falsified history when he ignored the occupation of Hungary by “Nazi Germany.”

“Congratulations to the Germans,” Schmidt notes sarcastically, who with the assistance of hacks–like Thorpe, I guess–“will soon achieve the transformation of the Holocaust into the work of Poles, Hungarians, Lithuanians, etc.” It’s no surprise that the Poles had to enact a law in order to stop the falsification of their history.

Western media has deteriorated to such an extent that almost everything journalists publish is “fake news.” Gone are fact checkers; “no more standards, only ignorance, ill-will, and scorn.”

The problem is that the person who falsifies history in this case is not Nick Thorpe but Mária Schmidt.

Not only does she refuse to admit any responsibility on the part of the Hungarian authorities for the Holocaust, but she also denies the Hungarian government’s role in the expulsion of Hungary’s German minority.

In fact, the Hungarian provisional government could hardly wait for the moment when the Allies at the Potsdam Conference granted permission to move against the Germans.