Balaton Sound Festival, On Until 8 July 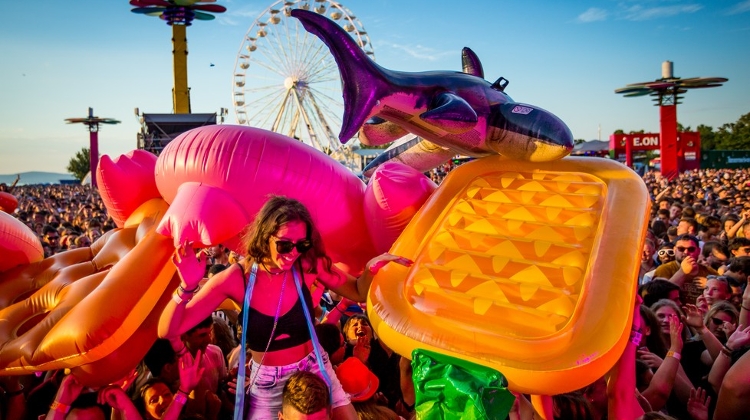 The festival, taking place at the picturesque Lake Balaton, is one of the largest open-air events in Europe featuring a diverse musical offering set across 9 stages, immersive theatrical performances and carnivals, luxury camping, plus delicious food and drink.

All this and more with already announced headliners The Chainsmokers, David Guetta, Dimitri Vegas & Like Mike, Martin Garrix, Big Sean, Rita Ora, and Eric Prydzjust to name a few.

Lovingly referred to as “Papa Sven” by his fans, the founder of legendary Ibizan party Cocoon will be joined by melodic techno producer and DJ Kölsch, one of South Africa’s finest exports Black Coffee, as well as production and DJ duo Adriatique, sort after electronic music act Gus Gus, plus UK talent in the shape of Scuba and Camelphat with chart-topping producer Julian Jeweil rounding off proceedings.

For the 11th edition, the festival will debut ‘Clubs on the Beach’, a brand new stage concept which will see 5 prominent club brands and institutions, hailing from the biggest party capitals, take over the waterfront stage each day for non-stop techno and house music courtesy of their resident DJs.

Kicking things off on Wednesday will be Brussels institution FUSE who have enlisted fresh underground talent Charlotte De Witte to headline, representing Paris, REX Club welcome Phil Weeks and Jennifer Cardini to head up their stage on Thursday.

Cutting edge, Berlin-based club Watergate, have called upon their resident DJ Butch to lead proceedings on Friday, whilst Simon Dunmore’s London-based party brand and record label Defected have acquired mysterious producer Claptone for Saturday, and concluding the schedule will be Ibiza’s glamorous clubbing institution Pacha who invite Uner to lead the final day of cutting-edge music.

No strangers to the festival circuit, popular Spanish party brand elrow have been throwing their crazy themed confetti bonanzas globally since 2010.

They’ll be bringing the fun to Hungary this summer and have invited some very special DJs along for the ride including Brits Richy Ahmed, Patrick Topping, Steve Lawler, plus Heidi, Toni Varga and many more - Balaton Sound is shaping up to be the biggest yet.