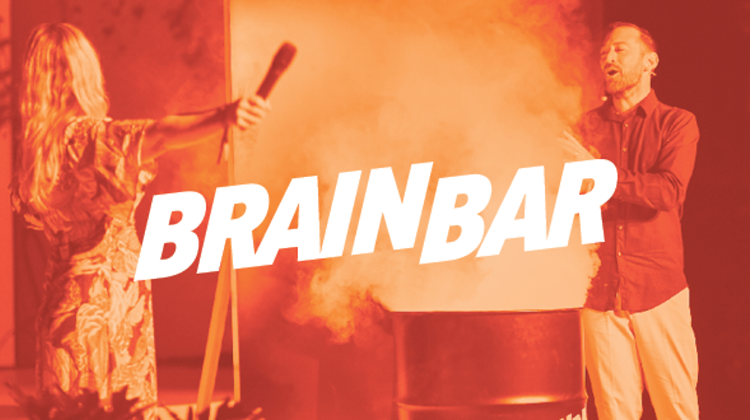 The Brain Bar line-up for 2018 is as impressive as ever, gathering together some of the greatest minds from all over the globe in Budapest to discuss and debate what the future holds.

The full list of speakers is available by clicking here.

From the organisers: "The Future Starts Here"

Brain Bar welcomes Sophia, the world’s first robot citizen among the masterminds of 2018 festival in Budapest.

Europe’s biggest festival on the future walks the talk and presents its first robot star, Sophia, who was recently granted Saudi citizenship. Besides ‘her’, visitors will meet Hollywood’s most daring production designer and find out what the downsides of the worldwide startup frenzy are.

Brain Bar doesn’t like waiting for what the future brings: they explore it themselves. Masterminds from the field of science, technology, business, arts and politics will gather at Corvinus Campus Budapest between 1 and 2 June, 2018.

Organizers have already announced the festival’s speakers. What they have in common is the understanding that future is not simply about applying technologies, but also how these will affect our societies and humanity as a whole. Brain Bar Masterminds will cover a wide range of topics ensuring everyone finds something for their taste.

Sophia, the humanoid robot who makes fun of our deepest fears

Breakfast at Tiffany’s 21st century style? Instead of Audrey Hepburn we get to meet the robot designed in her image. The creation of Hanson Robotics is capable of expressing emotions, recognizing faces, keeping eyecontact, making conversations and even cracks jokes from time to time (no matter how creepy they may be).

She was granted Saudi citizenship in October, making her more privileged than flesh and blood Saudi women. She challenged Jimmy Fallon to a game of rock, paper, scissors, and was featured on the cover of Elle magazine. We wouldn’t be surprised if she soon ended up on the silverscreen.

He climbs to the top of a smoking volcano or sinks in ice cold water; whatever is necessary to catch the best angle. Inspired by current scientific thinking, one of Hollywood’s most sought-after and daring production designer’s imagination is fuelled by black-holes, wormholes and space-time distortions. As a result, he creates spectacular futuristic worlds. His filmography includes Dark Knight trilogy, Dunkirk, Interstellar and HBO’s Westworld.

Chances are that those summoned to her office will have a hefty price to pay, as implied by the upraised middle finger statuette on her coffee table. The Danish politician made major league multinational giant companies pay billions of euros for breaking the rules of fair competition. The daughter of evangelical priests was brought up to believe in transparency, openness and equal chances. The successful politician is also the mother of three.

The 2018 Brain Bar Festival will also welcome writer Iranian-American bestselling author Azar Nafisi, who examines the relationship between literature and democracy, economics writer Jeffrey Tucker, an advocate of anarcho-capitalism and Bitcoin, Shem Magnezi, who gained worldwide popularity with his rant against startup culture, IEA Chief Economist László Varró who debunks the myth of cheap nuclear energy, and practical philosopher granted , who implements theory to action by consulting Silicon Valley business executives about the nature of a good life and how it can be attained.