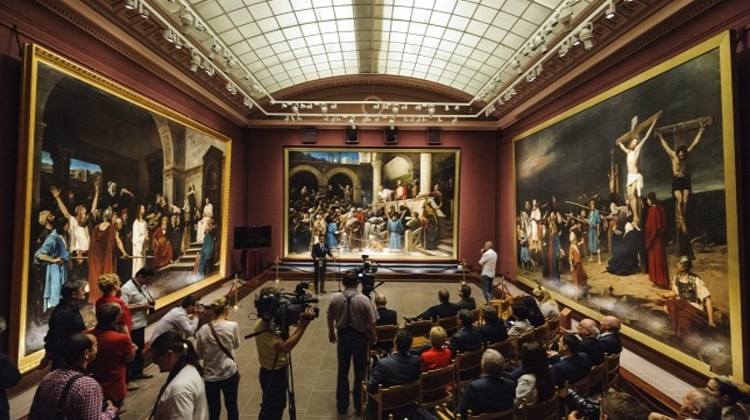 The Budapest Administrative and Labour Affairs court invalidated the listing of a monumental painting by the Hungarian master Mihály Munkácsy (1844-1900).

The listing prohibited the removal of the work from Hungary and gave the state pre-emption rights for its purchase. The court said the listing of the painting was directly related to a breakdown in talks over its sale, and therefore violated the owner’s right to due process.

The decision may not be appealed, although a request for a review of the decision by the Kuria, Hungary’s supreme court, may be made within 60 days.

An appeal against the listing by the owner of the painting, the Hungarian-born American collector Imre Pákh, was earlier rejected, but the Kuria ordered a retrial. The painting was listed after Pákh refused the National Bank of Hungary’s asking price for the masterpiece and threatened to remove it from the Déri Museum in Debrecen, in eastern Hungary, where it is on loan.

The state already owns the other two paintings in Munkácsy’s “Christ Trilogy”: “Ecce Homo!” and “Christ Before Pilate”.