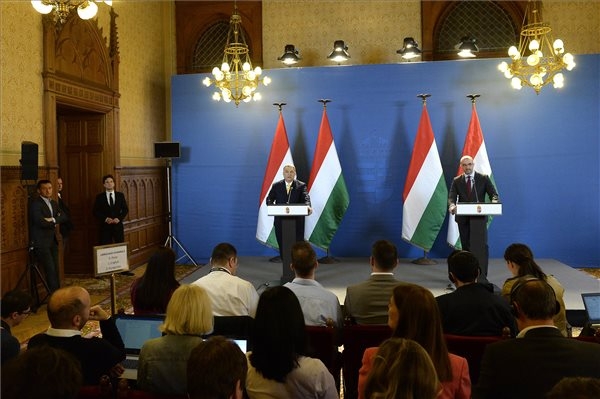 Prime Minister Viktor Orbán will travel to Brussels on Wednesday to brief leaders of the European People’s Party on the goals of his next government and to discuss topical issues concerning the European Union, the PM’s press chief said.

Orbán will be reciprocating a visit to Budapest during the election campaign by EPP group leader Manfred Weber, who during his visit had assured the prime minister of the EPP’s support, Bertalan Havasi told MTI.

Talks will focus on the preservation of Europe and Hungary’s culture based on Christian values and the protection of Europe’s borders and citizens.

Parties at the talks are also scheduled to discuss the most important challenges facing Europe, such as EU trade policy, migration and asylum policy as well as the post-2020 budget, Havasi said.