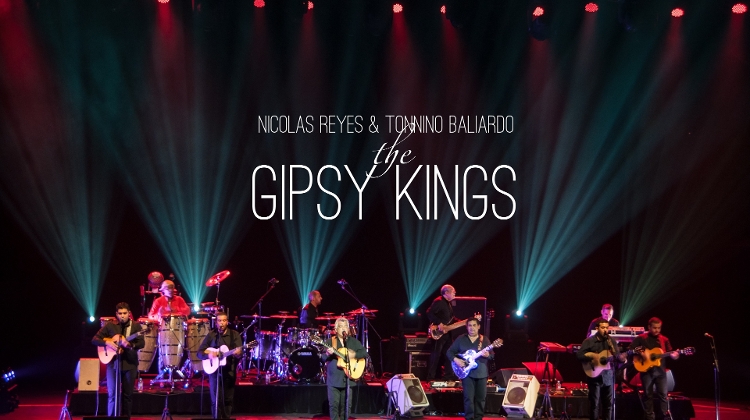 Update: The concert organiser just announced that due to sickness, the concert will take place in MOM Sport on 29 October instead of the earlier announced date. Tickets that were already purchased can be used for the new time, otherwise they can be returned until 5 October at the place of the purchase.

By now the Gipsy Kings name is the synonime to latin feeling of life. No exaggeration to say that the formation has ever made the  best for the familiarization and promotion of flamenco music, now for 40 years. In October this year after so many years, the team will return to MOM Sport Budapest.

The band was founded in France in 1979, from members of two musician families.
The famous flamenco guitarist, Jose Reyes, and his sons, Nicolas and Andre, and their cousins, Maurice and Tonio Baliardo (who are the celebrated spanish legend, Manitas de Plata’s sons) were the founded members.

The two fathers also gave concerts as a duo already in the 1950s. Nothing can better demonstrate their initial success, that to be seen among the formation admirers’ names such as Charlie Chaplin, Paplo Picasso, or Salvador Dali.

The street music was followed by playing in weddings and more frequent international travel-related requests. As the "Los Reyes' name means " king "in English, therefore have changed their name to the Gypsy Kings.

Among their hits Djobi Djoba, the Bambolero or Volare was a huge success in France and then all across Europe. Since then their success is still undiminished.

After the most prominent concert venues, sold 14 million albums, great number of soundtracks, the profession and the audience note the Gipsy Kings as the determining star of their own genre.

This concert is part of the Get Closer concert series.