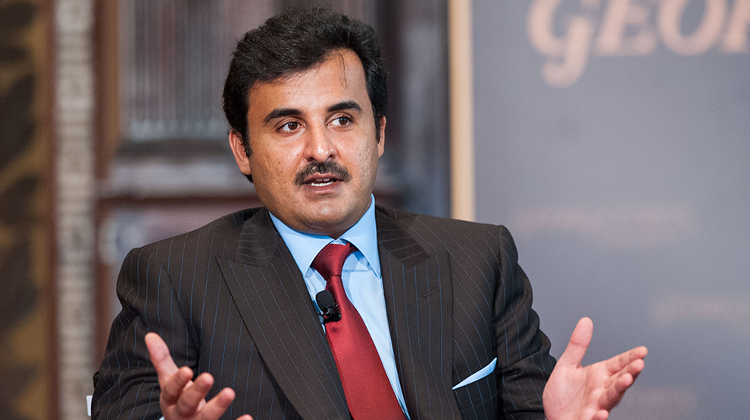 Words by: Mohamad Bin Hamad Al-Khalifa, Ambassador of the State of Qatar to Hungary. The Qatar Siege Plan was launched on June 5, 2017, when the Qatar News Agency website and its accounts on social media were hacked and fabricated statements attributed to Emir of Qatar Sheikh Tamim bin Hamad Al Thani were interpolated.

After moments of the hacking incident, both Alarabiya and Sky News channels broadcast at midnight myriads of analyses on the content of the fabricated speech in a media campaign that clearly seemed to have been concocted on a low-key fire in terms of timing and reception of guests at that ungodly hour.

Hacking the Qatar’s official agency seemed surprising and shocking to Qataris and others, yet it was just an episode in a long series that also included, as stated by the Qatari Minister of State for Defence Affairs and reported by international media, a scheme for military intervention and regime change in Qatar.

Qatar endeavours to repudiate falsehood statements attributed to Emir came to no avail. The media of the embargo countries shunned Qatar’s accounts of the cyber manipulation and the invalidity of the alleged proclamations. Rather, they utterly ignored them and continued to fabricate packs of lies, followed by imposition of a land, sea and air blockade on the State of Qatar.

Expressing regret at the blockade decision, Qatar pointed out that the accusations were just fabricated motives that lack legitimate justifications, the aim of which is to impose custody on the sovereignty of Qatar and that these unjustified measures are invalid, intended to harm the state.

It should be to attention that Qatar is an active member of the Gulf Cooperation Council, committed to its Charter, respects the sovereignty of other countries, does not interfere in its internal affairs, and carries out its duties in the fight against terrorism and extremism.

It turned out that the aim of broadcasting all such deception and fabrications is to drive Qatar to surrender to unfair demands and conditions. The scheme failed, because Doha rejected the principle of compliance to impose conditions and accept patronage.

The people of the Gulf have all rallied against the siege of a country which shares with them hundreds and thousands of ties and links for centuries. The embargo-imposing countries had to pass a law criminalizing sympathy for Qatar to stop those tweets and comments on Twitter and Facebook that stood with Qatar and supported it its stand against fabrication.

Qatar's achievements during a year of siege: political and economic independence:

The blockade-imposing countries thought that continuing the siege on the State of Qatar will lead with the course of time to comply with their demands. However, Qatar absorbed and overcame the shock and quickly created necessary alternatives to export and import the country's needs, taking into account an adequate stock of living provisions as well as financial means to support the national economy and the financial sector in the country.

All the alleged reasons to punish Qatar have turned into tools that unified the leadership, people and residents of Qatar to defend their values, independence, sovereignty and freedom. The Qatari decision-maker has come out of this crisis stronger than what his opponents thought.

In dealing with the crisis, Qatar has taken several measures to compensate for commercial and financial risks. The Qatari government has bypassed the effects of the blockade by continuing to spend heavily on infrastructure development programs, including road and rail construction.

The government has directed its central bank to take the necessary precautions to protect its banking sector and exchange rate. Qatar has spent $ 200 billion on its infrastructure and replaced imports from neighbouring countries by opening new trade routes and establishing self-sufficiency projects whose products have entered the local market. The capacity of food industry has more than tripled in eight months after the crisis.

The focus on the provision of "food security" revived the project to replace imported stuff with goods produced inside. Stores that were once packed with vegetables, agricultural products and dairy products from KSA are now full of milk and derivatives from the Qatari producers.

Qatar has recovered rapidly after a few months of the embargo. The Qatari economy is now the fastest growing in the region according to the International Monetary Fund (IMF).

In a statement issued after its delegation's visit to Qatar in March 2018, IMF said that the direct economic and financial repercussions of the crisis between Qatar and the embargo countries has begun to fade, a statement that can be seen as an international endorsement of the strength of the Qatari economy.

The IMF believes that while economic activity has been affected, this has been for a short time, and Qatar has been able to establish new trade lines quickly. Similarly, the Qatari banking sector has recovered from funds outflows and has been able to adjust, after Qatar Central Bank and Qatar Investment Authority pumped liquidity into banks.

June 5, 2017 was not a normal day in the history of the peoples and countries of the Gulf region. It was a political and social earthquake in the history of the Arab region and the Gulf in particular, hammering the last nail in the coffin of the Gulf wing of the Arab regime, which needed not such a crisis, nor such disunion that clouded one of the most important institutions of joint Arab action, the Gulf Cooperation Council.

The human rights issues in which the countries of the blockade have been implicated, from separating Gulf families and humiliating Qatari pilgrims - all documented by the international human rights organizations - constitute moral bankruptcy for them.

The countries of the blockade have fallen into a self-embarrassing moral crisis that forced the international civil society - the human rights groups in Europe and North America - to sympathize with the Qatari stance. Add to this the clever and wise response that characterized the Qatari position, popularly and officially, against the injustice of the relatives.

In addition, thousands of Qatari students have lost their university files in a process of systematic destruction of the academic memory of the Qatari student, with the participation and collusion of some of the world's oldest Western universities.

We cannot overlook that the siege also affected the camels. In 48 °C temperature and suffocating dust herds of Qatari camels perished near the Saudi-Qatari border as thousands of Qatari camels were expelled and deported by Saudi authorities in harsh weather conditions, arriving in a terrible state and suffering from severe thirst. Some of them suffered injuries, fractures and bruises, causing their death.

Qatar's position on the crisis:

Since the first day of the unprecedented crisis between the Gulf States, Qatar expressed its deep regret at the decision of Saudi Arabia, the United Arab Emirates, the Kingdom of Bahrain and the Arab Republic of Egypt to close their borders and airspace and cut off diplomatic relations on grounds of baseless allegations.

During the last year of the crisis, Qatar has repeatedly called to sit at the negotiating table to discuss all the issues raised by the various parties in order to resolve the crisis, based on objectivity, constructive dialogue and cooperation stipulated in the Constitution of the Gulf Cooperation Council, with absolute rejection of sovereignty and acquiescence to irrational dictations. So far, only intransigence and rejection of its invitation was received.

Qatar also welcomed the mediation of a solution to this crisis by His Highness the Emir of Kuwait and the President of the United States of America, but it is still in place because of the obstinacy of the embargo countries in their rejection to hold dialogue.

In this context, Qatar appreciates Hungary's objective stance towards the crisis, expressed in various statements by Hungarian officials, calling for dialogue among all parties as the only means of finding a solution to this crisis. Qatar calls on the European Union, the European Parliament and all other European institutions to exert efforts to find a settlement that will end the siege imposed on Qatar.