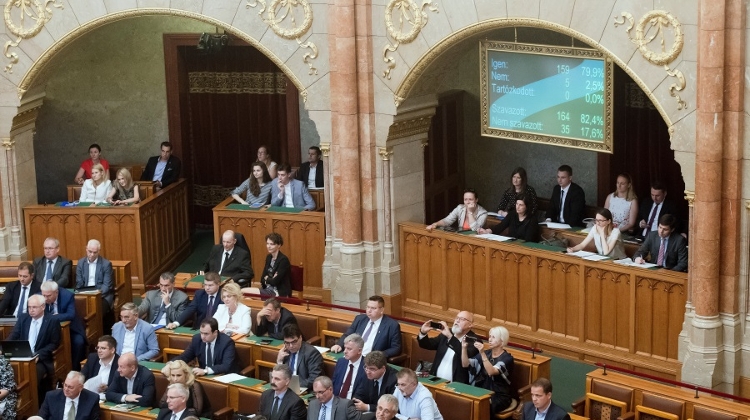 Parliament on Wednesday passed the “Stop Soros” package of laws that penalise activities in support of illegal migration.

The bills contain amendments to the penal code that sanction entities or organisations that “facilitate illegal migration” or help with the asylum application procedures of migrants arriving from safe countries. The bills define the promotion of illegal migration as organised assistance to a person not in danger of persecution in filing an asylum request or to obtain a title of residence.

Financially supporting illegal migration, gaining from it or undertaking such activities within 8km of the border are punishable with up to one year in prison. Under the new law, surveillance of the border, gathering or distributing information, and setting up or running a network will also qualify as organisation of migration.

Under the proposal, parliament has changed the law on Hungary’s borders, stipulating that anyone being prosecuted under charges of crimes in connection with border protection shall be banned from within 8km of the border, except for people who have been residents in that zone for at least 5 years.

The bills were approved with 160 votes in favour and 18 against.