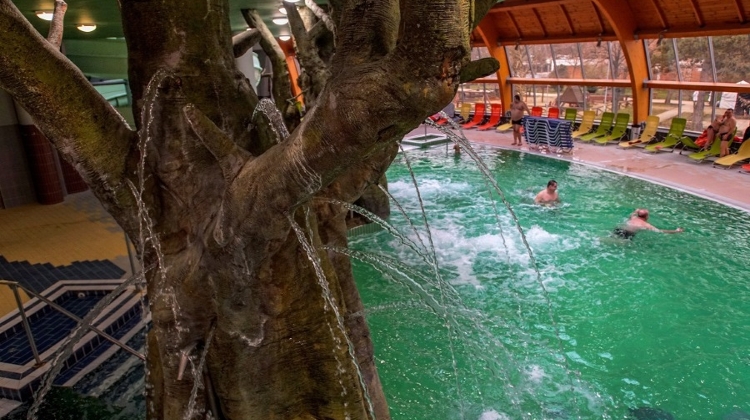 The town's invaluable treasure is its spa, popular with visitors from both Hungary and abroad seeking recreation and cures. Museums and historical sights along with events staged all year round provide plenty of options for visitors.

Hajdúszoboszló is among the earliest recorded Hungarian settlements. In the foundation charter of the Garamszentbenedek Abbey from 1075 it is mentioned as 'Szoboszlóvására' (Szoboszló's market). In 1333, it was a settlement with a church. Its fortified church was raised in the 15th century.

By the late 19th century, Szoboszló's population grew rapidly to over 15,000. In the Dual Monarchy period the main railway lines running through it added to its rapid development.

The real turning point for the town came in the year 1925 when in late October natural gas erupted from a depth of 1090 metres, carrying with it medicinal water at 73 degrees Centigrade, with a particular smell, brownish colour and a unique chemical composition. By July 1927 the sandy baths and then a tub bath with thermal water were opened.

Continually developed, the baths were declared medicinal in 1934. In 1937 a wave-pool was built and, to utilise the overflow, a rowing lake was established in 1939. By 1941 there were tubs, and by 1942 even jet baths. Next to that development accommodations were built, too. In 1941, four hotels and eight holiday homes provided the infrastructure of a spa town.

Worthy of its reputation across Europe, the spa and thermal baths is still the establishment in Hajdúszoboszló attracting the greatest numbers of visitors. Open year round it provides a comprehensive service satisfying all demands. A variety of 40 water-based treatments are offered to those seeking relief at Szoboszló.

By railway, Hajdúszoboszló is served from Budapest, Szolnok, and Debrecen.

By car, take the M35 from Budapest, it is 22 kilometres southwest of Debrecen.