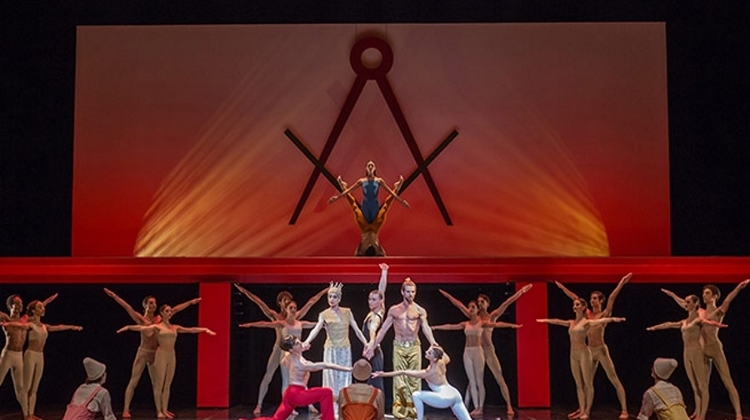 Following their popular performance last year, the highly innovative ballet troupe Béjart Ballet Lausanne will return to Margaret Island, who will follow up their anniversary tour by staging Mozart’s most popular work, the magnificen The Magic Flute through the power of classical balett, for the first time in Hungary.

he choreography was actually created in 1981 by the company’s founder, the influential ballet master, Maurice Béjart, whose original concept has been renewed for the second time with the involvement of current company leader Gil Roman, a former Béjart-student himself.

Right from the beginning, the repertoire of Béjart Ballet includes performances with clear, yet still ravishingly designed an uniquely atmospheric choreographies, which are uniquely linked with the classical and innovative dance elements the productions are based on.

It’s not only the execution, but also the choice of topics that make them such a curiosity in the international dance community: their colorful palette includes everything from choreographies created for pop culture recordings to new interpretations of the greatest classics – so it’s very likely that Mozart’s often staged masterpiece will be seen in a new light!

"It may seem like a strange venture to dance a full opera. But (as I frequently experienced) singing is the most mesmerizing accompaniment to the dance; not to mention that the choreographer’s intentions reaches over the head of realism, extending the ennobling concept of musical expression.

While staging The Magic Flute, I had no intention to add any personal addition or message to a perfect piece of art. I was more intent on giving all my attention to listening to the music, reading the libretto, and translate both for myself. " (Maurice Béjart)