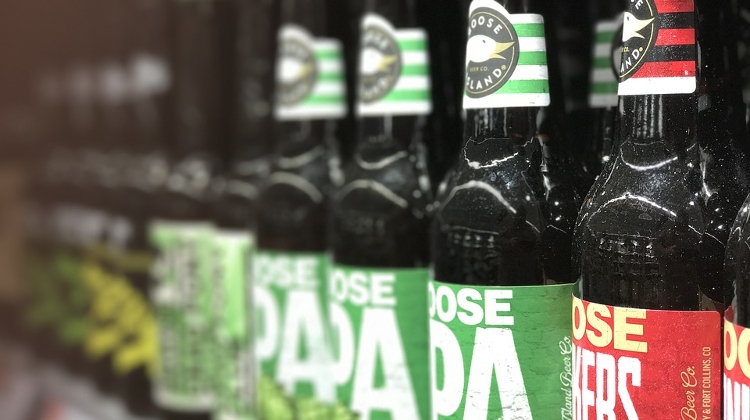 Output of Hungarian craft breweries is set to climb by as much as 20-30% this year, Ádám Dudok, the head of the countryʼs Craft Beer Association, was cited as saying in Wednesdayʼs issue of business daily Világgazdaság.

Last yearʼs craft beer output was already double that of 2016, however, and Dudok believes its share could rise to 4-5% within six to eight years.

Dudok, who is also managing director of craft brewer Horizont, told the paper that small breweries need to expand their capacity and invest in product and technology developments.

Exports offer another growth opportunity, he noted, adding that a number of Hungarian craft brewers already generate 8-10% of their revenues from exports.

Dániel Kurucz, co-organizer of a major beer festival in Budapest and owner of First Craft Beer Co. in the capital, puts start-up costs for a small craft brewery at HUF 40-50 mln. While this is enough for capacity to supply a few pubs, adding a bottling line raises costs to at least HUF 100 mln, he added.

The most popular beers at the moment remain IPAs, lagers and fruit-flavored beers, Kurucz said. Craft brewers could broaden their consumer base if the price of a bottle was lowered from HUF 500-800 to HUF 300-600, he added.

Dudok noted that at least half the output of small breweries is draft beer in barrels, compared to at most 10% for the major producers. He added that domestic consumption habits are changing, with sour beers, barrel-conditioned ales and New England IPA among the new styles that have recently appeared on the beer scene.

The association head said that with the exception of a few county towns and major resorts, craft brewing is largely centered in Budapest.

He observed that, similar to the support provided to the countryʼs wine producers, it would be worthwhile for the brewing industry to call tenders - even from state funds - to help smaller breweries secure the technology they need to produce quality beers or to help them gain a presence on export markets.

With the central region of the country so well developed, it is provincial producers that should be applying for EU funds for capacity expansion, research and development, he added.