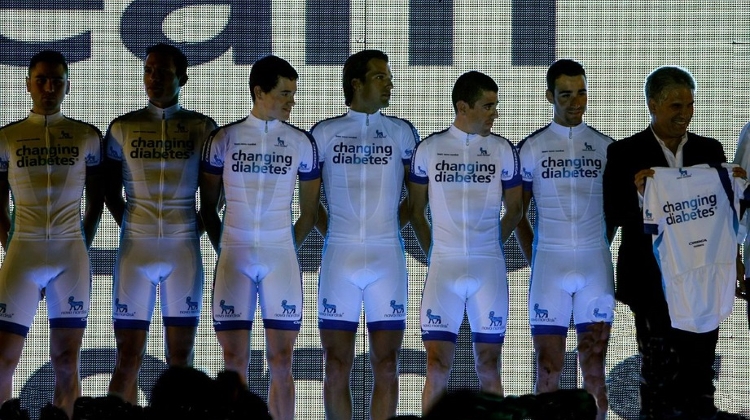 A cycling team consisting exclusively of riders with diabetes will take part for the first time in the largest Hungarian bicycle road race, the Tour de Hongrie.

Members of Team Novo Nordisk participate in international bicycle competitions with the mission to inspire, educate and empower everyone affected by diabetes.

The members of the team will now ride 800 kilometres at the Tour de Hongrie in order to encourage people living with diabetes in Hungary to actively pursue an active lifestyle and exercise through their personal example.

The Tour de Hongrie, the largest bicycle road race in the country, will be held for the 39th time in Hungary, between 14 and 19 August 2018.

The 800-kilometre race has five stages, crosses 10 counties and passes through 100 towns and villages.

Entering Category 2.1 of the UCI (International Cycling Federation) this year, the Tour will set out from Siófok on 14 August and will end in Kazincbarcika on Sunday, 19 August with the participation of 140 competitors from 20 teams.

The international diabetic team, Team Novo Nordisk, will be participating for the first time in the history of the race in Hungary.

How do sports help diabetics?

Diabetes is an endemic disease. The World Health Organization (WHO) estimates that today some 437 million people live from diabetes worldwide, but according to forecasts a type of diabetes will affect as many as every 10th person over the next two decades. In Hungary, 15% of the adult population are struggling with some sugar metabolism disorder, and every second of them is a diagnosed diabetic.

Regular and controlled physical activities have a significant role in the treatment of both type 1 and type 2 diabetes. In addition to medicinal treatment and devising an appropriate diet, sports have a very important role in the stabilisation of blood sugar levels.

Lighter forms of exercise comprising a cyclic series of movements, working the whole body thoroughly and making the entire cardiovascular system work, such as strolling, walking, running and cycling, can help us achieve our ideal body weight and prevent the complications of diabetes.

Engaging in professional sport as a diabetic

Diabetes is a serious disease, and many believe that they need to give up sports, yet exercising is the an efficient means to prevent further complications.

The members of the Team Novo Nordisk international professional cycling team, who are all race with diabetes, would also like to draw the attention of patients to this fact.

The competitors aged between 23 and 37 started their career in sport either before discovering their disease or already living with it and, in fact, there is also someone among them who has been diagnosed with the disease already as an athlete.

The members of the cycling team meet thousands of diabetics during all of their competitions, whom they teach and encourage to live a full and active life with their disease and sports are an effective means to combat their disease.