US Ambassador Sees No Violation Of Freedom Rights In Hungary 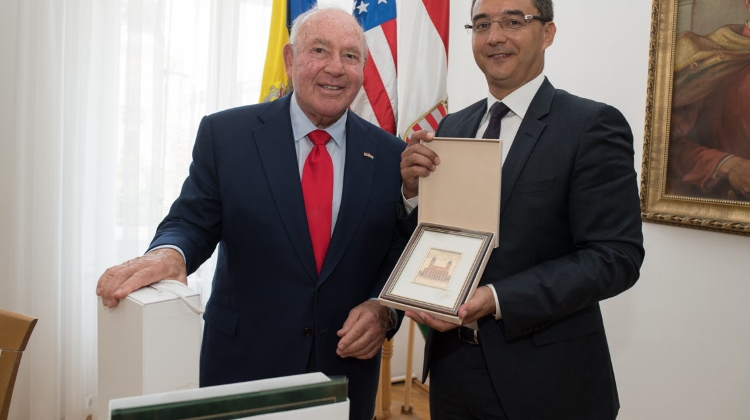 David B. Cornstein, the United States’ ambassador to Hungary, said he has not experienced any infringement on freedom rights in Hungary and should the case be the opposite, he would certainly speak out against that, in an interview published by Jewish political and cultural magazine Shabbat on Thursday.

The ambassador, who took up his post in June, said he had held talks with political and religious officials, as well as NGO leaders over the past two months and gained favourable experiences overall.

None of his negotiating partners expressed concern over freedom rights or anti- Semitism, he said, adding that he had not heard any criticism over corruption at talks he had held with business leaders, either.

Concerning the issue of the Central European University, Cornstein noted his visit to CEU shortly after taking up his office which he said aimed to demonstrate its significance. He said keeping the university in Budapest was in Hungary’s interest.

The CEU has fulfilled all five criteria set by the Hungarian government, it is time to sign an agreement and move on, the ambassador added.

On the topic of Hungarian- Ukrainian relations, he offered to mediate between the two countries over Ukraine’s education law, which Hungary says harms the rights of the Hungarian minorities in Ukraine.
On another subject, Cornstein said that Hungary should reduce its dependence on Russian energy.

He warned that Russia was aiming to sow discord, while his country was committed to providing assistance. Central Europe, he suggested, should opt for the United States.