A Letter To UK Nationals Living In Hungary 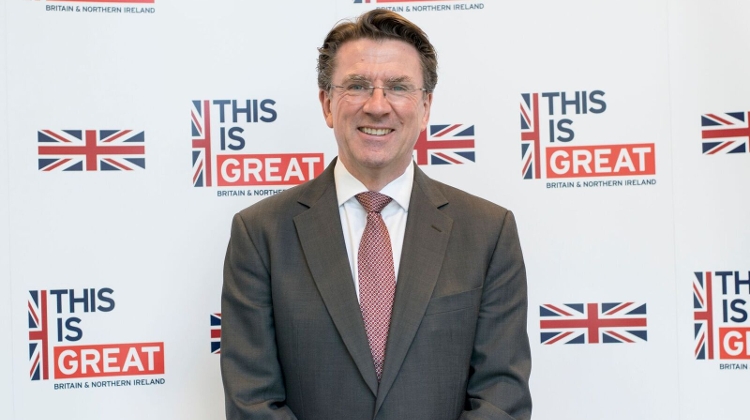 Calling UK Nationals living in Hungary, and Hungarians and other EU nationals interested in Brexit: Her Majesty´s Ambassador to Hungary has fresh news and helpful advice for you about the UK´s departure from the EU.

Iain Lindsay OBE: Over the last few months I have met many UK nationals here in Hungary and have discussed what the UK’s departure from the European Union means for UK nationals living here. I am writing now to set out where negotiations have got to and to let you know how you can best stay informed.

What has happened in the negotiations between the EU and the UK?

From the beginning of this process, the Prime Minister has been clear that safeguarding the rights of UK nationals living in the EU and EU citizens living in the UK is her first priority for the negotiations. In December last year the UK and the European Commission reached a comprehensive agreement on reciprocal protection of UK and EU citizens’ rights.

In March this year, the Commission and the UK announced that the commitments made in December had been translated into legal text. We also agreed the terms of a time-limited implementation period until 31 December 2020, which will give citizens like you more time to make any preparations.

During the implementation period, UK nationals will be able to visit, live and work in the EU broadly as they do now. UK nationals currently living in the EU who want to move to a different Member State will be able to continue to do so during the implementation period. This marks an important step towards finalising the full Withdrawal Agreement.

What does that mean in practice?

Your rights to remain in Hungary will be protected now, during the implementation period and beyond. You will continue (now and in the future) to be able to access entitlements to social security on the same basis as Hungarian citizens living in Hungary.

You will be entitled to have your social security contributions made before and after exit in the UK, or in another Member State, count towards a future UK or EU Member State pension. Your children will continue to enjoy access to education on the same basis that Hungarian children do. In short, most of what you do (or are entitled to do) on a daily basis will not change.

What is still to be agreed?

Citizens’ Rights remains an important issue in our discussions about our future relationship with the EU. We have secured the right for you to continue living your life as you do now. But we would also like to discuss with the EU27 future life choices.

For example the right to onward free movement should you wish to move to another EU Member State and ambitious future provisions for wider use of mutual recognition of qualifications.

Arrangements for travel between the UK and EU beyond 2020 are also being discussed during the second phase of the negotiations. But we already know that up to 31 December 2020 you and your EU family members will continue to be able to travel to the UK as you do now.

In some cases where you have resided in an EU Member State for at least three months, your non-EU family members may also travel with you to the UK (please see the links below for more information).

Some UK nationals have raised concerns about what happens if an overall deal between the EU and the UK is not reached. It is important to say that we do not want or expect a no deal outcome.

It is also important to highlight the UK Government and the Commission have both stated that providing certainty for citizens is a priority. We believe it would be very unlikely for any agreed deal on citizens’ rights to be reopened.

On 12 July, the British Government published further information on our vision for the future relationship between the UK and the EU.

Free movement of people will end as the UK leaves the EU, but given the depth of the relationship and close ties between the peoples of the UK and the EU, the UK will seek reciprocal mobility arrangements with the EU in a defined number of areas, such as:

- supporting businesses to provide services and to move their talented people; allowing citizens to travel freely, without a visa, for tourism and temporary business activity;

- facilitating mobility for students and young people, enabling them to continue to benefit from world leading universities and the cultural experiences the UK and the EU have to offer; and

- providing arrangements to ensure that UK citizens living in the EU, in future, continue to benefit from their pension entitlements and associated healthcare.

What preparations should you make for the future?

The British Government has been clear that we will leave the European Union in March 2019 and that there will be a time-limited implementation period until 31 December 2020. We have agreed with the Commission that you will have a further 6 months after that period (i.e. until 30 June 2021) to make any necessary preparations according to what is required in the final Withdrawal Agreement.

If you have not done so already, I would strongly urge you to register with the Hungarian authorities. All UK nationals who have been residing in Hungary for 3 months and wish to continue to live here through self-sufficient means, or wish to continue studying or working here, must register with the relevant regional directorate of the Hungarian Immigration and Asylum Office. This is a long-standing requirement. The application fee is HUF 1,000. For further information, visit the website of the Immigration and Asylum Office.

The Hungarian Government along with other Member States are now making plans for the practical aspects of applying the Withdrawal Agreement. This includes any administrative procedures UK nationals will need to follow after our departure from the EU.

At our “Town Hall” event in January for UK nationals living in Hungary, many of you asked whether your residence documentation would remain the same.

During our discussions with you some common questions have arisen. Here is the most up-to-date information we have in response to the most pressing issues you have raised:

What if I/my family decide to move back to the UK?

If you wish to move back to the UK, you and your family members (both EU citizens and, in some cases, non-EU citizens) will be able to do so, broadly as now, until 31 December 2020. After that date, the UK Immigration Rules will apply where your family member is not a UK national. We are aware that this is an important issue for you.

The British Government is carefully considering a range of options for the UK’s future immigration system. The UK’s departure from the EU does not change nationality law and therefore the processes for registering children and applying for British passports remain the same. UK nationals are able to travel or return to the UK at any time, including after 31 December 2020.

Will I be able to move to another EU Member State after 29 March 2019?

During the implementation period (30 March 2019 until 31 December 2020), UK nationals will be able to move to another EU Member State as they can now. You will have until at least June 2021 to apply for a residence status in Hungary or any other Member State as necessary.

The Prime Minister has been clear that we want UK nationals living in the EU to continue their life broadly as they do now – this includes the rights to onward movement.

Some of these UK nationals have chosen to make their lives in the EU, and this should be respected in the opportunities available to them if they decide to change their Member State of residence.

The UK Government will continue to seek to secure onward movement opportunities for UK nationals in the EU during the second phase of negotiations.

Will I have to pay tax in two countries?

The UK’s exit from the European Union will not change existing double taxation arrangements. Double taxation agreements ensure that any individual (not just a British citizen) who is living in a country which has a treaty with the UK will not pay tax in two countries on the same income/gain and determines which country has primary taxing rights. The UK has a double taxation agreement with all EU Member States, which will continue to apply on withdrawal.

I am a lawyer. Will I be able to continue practising in Hungary?

This will cover the European Professional Card; qualifications recognised under the Mutual Recognition of Professional Qualifications directive for the purpose of establishment (but not for the temporary and occasional provision of services); lawyers practising under host State title; approved statutory auditors; and persons engaged in the trade and distribution of toxic products.

We recognise the importance of the right to practise under home title. Talks on this issue will continue into the next phase of negotiations, and we will seek to reach an agreement with the EU on this point as part of those further discussions.

Where can you find out more information

The UK Government website has a range of documents that concern the UK’s departure from the EU, including a section on what you need to know as a British citizen living in the EU

The online ‘Do I Need a Visa’ tool will be useful for those who are thinking of going on holiday to the UK with family members who are not British or EU citizens.

You can also find out more information about processes while in Hungary, including applying for a British passport or naturalisation

Our contact with UK nationals has shown that some of you are not sure what your entitlements and obligations are as EU citizens living in another Member State. It is impossible to put in writing detailed information that would reflect all of your individual circumstances and situations.

I would, however, encourage you to use the resources of the European Union’s website, which has a whole range of easy-to-follow explanations of how pensions, social security payments, driving licences, education and a whole range of other topics in the EU work. The Your Europe” website is available in all community languages.

One particular area of interest is how state pensions are calculated, particularly where you have been making contributions in more than one Member State, for example both in the UK and in Hungary. The above website explains how the relevant departments in EU Member States calculate entitlements. HM Revenue and Customs also have an online portal that allows you to check your National Insurance record.

And the UK government’s International Pension Centre provides more information on pension entitlements while overseas.Finally, as more information is released, we will publish this through the Embassy’s social media channels on Facebook (UKinHungary) and on Twitter (@UKinHungary). We continue to talk to the Hungarian Government to discuss what UK nationals may need to do in the future and to encourage information to be shared when decisions are made. I would also recommend that you subscribe to Brexit e-mail alerts which will be the quickest way to get up-to-date information.

Should you have any questions to which you are unable to find answers using these online resources please contact the Embassy at Consular.Budapest@fco.gov.uk. I hope you have found this update helpful.