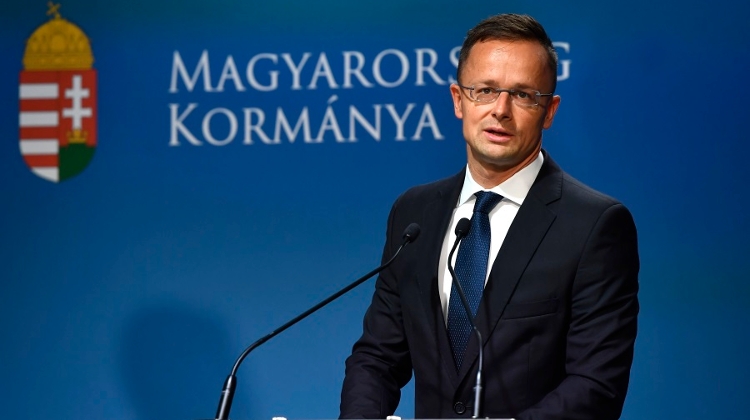 The European Parliament’s approval of the Sargentini report is a “petty act of revenge by pro-migration politicians”, the Hungarian foreign minister said, following the EP vote.

“Hungary and the Hungarian people have been convicted because we have proven that migration is not needed and it can be stopped,” Péter Szijjártó told a press conference in Budapest.

Szijjártó went on to say that the result of the vote was “fraudulent” and insisted that under European agreements abstentions should have been counted as votes against adopting the report.

The minister said the vote had “removed all doubt” that the EPP, social democrat and liberal MEPs who had voted to condemn Hungary were preparing to form a “pro-migration” coalition after next May’s European parliamentary election with a view to allowing the bloc to pursue a “promigration policy” after the election so that the continent could be “flooded by migrants”.

He said MEPs knew Hungary would never accept or enact “promigration” policies, arguing that this had also contributed to their decision to vote against Hungary. Szijjártó said the report itself was a “collection of certified lies” and a “pro-migration indictment of Hungary”.

Though the Hungarian government had sent a 108- page rebuttal to the report to all MEPs, yesterday’s debate demonstrated that “facts didn’t matter”, he added.

The minister said 13 of the 69 critical remarks in the report have already been settled. “But the report reopens these cases and practically says that it is pointless to reach agreements with EU institutions, because another institution can reopen a given case at any given time,” Szijjártó argued.

A further 19 remarks concern issues that are under discussion or in connection with which there are ongoing infringement procedures, he said. And there are 37 “untrue, deceptive, unfair and unfounded” accusations in it as well which are an insult to Hungary and “have no base in reality”, he said.

Among these, he listed accusations of anti-Semitism and the erosion of press freedoms and academic freedom. Szijjártó slammed the debate and the vote as a “show trial”, arguing that Green MEP Judith Sargentini, the author of the report, had compiled it without ever arranging a delegation visit to Hungary.

He also insisted that Sargentini had only taken into consideration the opinions of NGOs critical of the Hungarian government. Szijjártó said Hungary’s ruling Fidesz party would fight for an EP and EPP in which politicians opposing immigration hold the majority.

In response to a question, the minister said Fidesz, based on domestic support, was the most successful member of the EP’s strongest political family. But it has become clear that the EPP is “seriously divided” on the issue of migration, he added.

“We’re fighting to make our position the majority,” he said, adding that Fidesz wanted to steer the EPP back onto the Christian democratic path he said would preserve Europe’s identity.