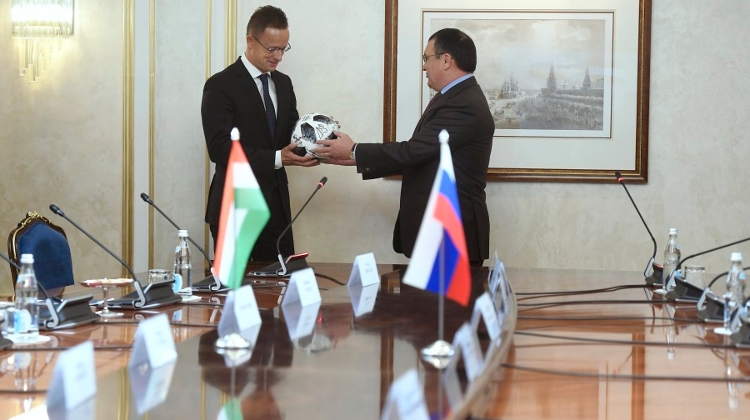 He called for continued dialogue between the European Union, its member states and Russia, saying that the “imminent global trade war” warranted cooperation based on mutual respect between eastern and western Europe.

He said Russia had been Hungary’s second largest trading partner before the EU introduced sanctions against it and they answered in kind. It has since slid to 12th place, he added. Hungarian economic players lost about 7 billion dollars-worth of export opportunities due to the sanctions, Szijjártó said.

Many European countries now prefer the option of engaging in dialogue and “an honest reckoning with the effects of the sanctions” instead of their automatic prolongation, he said. After years of backsliding, trade between the two countries grew by 30% to 5.5 billion dollars in 2017, he noted.

Relations have seen a marked progress in finance, agriculture, health care and energy, he said. As regards gas imports, the minister said Hungary will buy 4.3 billion cubic meters of natural gas from Russia next year.

“We are now working towards an agreement in 2020 to ensure gas supplies for Hungarian industry and households,” he said. Talks are under way on expanding financial cooperation, too, he said.