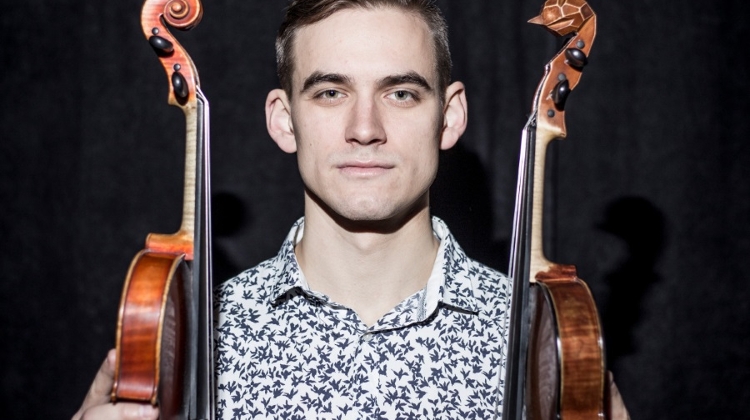 Budapest Music Center and Hevhetia Records present their joint festival for the fourth consecutive time this year. The 4. Hevhetia Festival will take place at Opus Jazz Club, Budapest between the 4th and 8th of September, 2018.

The festival’s lineup offers a selection of bands recently debuting on Hevhetia Records – a prestigious catalogue of more than 150 releases available in 20 countries around the world.

Winner of the Audience Award at the 1st International Zbigniew Seifert Violin Competition, along many other prices, violinist Stanisław Słowiński is one of the most creative musicians on the young Polish music scene.

The debut album of Stanisław Słowiński Quintet Landscapes Too Easy To Explain, the group lead by the violinist, was released in 2016 on Hevhetia. The follow-up, Stanisław Słowiński Sextet's Visions | Between Love and Death, inspired by various improvisational approaches and contemporary chamber, film and experimental music, hit the market a year later, in 2017, earning again serious critical acclaim both to Słowiński and his group.

Improvision Quartet is a collective composed of leading musicians of the Polish jazz scene, each of whom has different experiences and own developed brand, three of them known by visitors of Opus already.

Their album Free-Folk-Jazz, released on Hevhetia in 2017, is the most recent project of the Improvision Quartet, inspired by Polish folk music that becomes a starting point for brand new and original compositions. The album is a compilation of jazz, classical music, traditional music and modern improvised music.