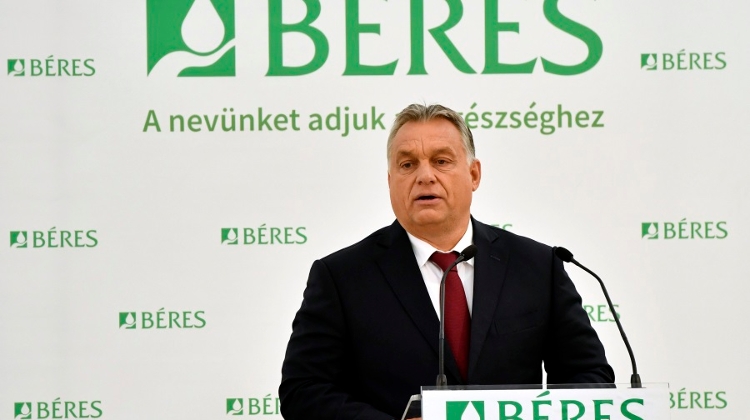 The pharmaceutical industry is a key sector and area of innovation for Hungary and the government’s aim is to increase its share of GDP from the current 6 to 8%, Prime Minister Viktor Orbán said at the inauguration of dietary supplement maker Béres Gyógyszergyár’s new expansion in Szolnok (E Hungary).

He congratulated the Hungarian company on the 3.2 billion forint (EUR 9.8m) expansion of its base which had received a government grant of 1.3 billion forints as part of the government’s support programme for big companies that are not eligible for European Union funding.

Orbán said the sector employs 14,000 people directly and some 34,000 families indirectly owe their livelihood to it.

Béres Gyógyszergyár’s expansion created 37 jobs, raising headcount from the original 64 at the base’s foundation to over 300.

Exports now account for 20% of the company’s revenue, he added.