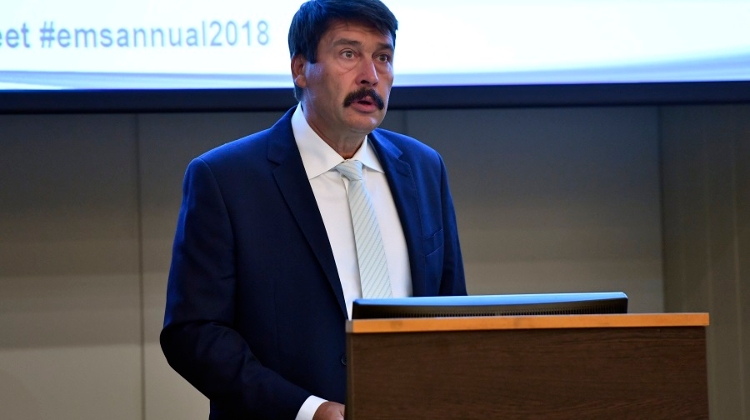 Climate change is the biggest threat to mankind, President János Áder told a conference organised by the European Meteorological Society in Budapest.

Áder called on participants to be straightforward in the way they convey information on climate change so that economic leaders and political decision-makers “cannot bypass the facts”.

Scientists have an obligation to make people and political communities face the consequences of their actions as well as to continually warn them that “the more we postpone our decisions the more radical changes will be necessary.”

Bush fires, serious drought in Europe and floods affecting millions in Asia this summer have been a “dramatic reminder of irresponsible management in past decades,” Áder said.

Even though mankind has been long aware of the greenhouse effect, emissions of greenhouse gases are still on the rise. Climate change is “clearly visible”, the president said. “Despite repeated expressions of political will, joint action has yet to be taken.”