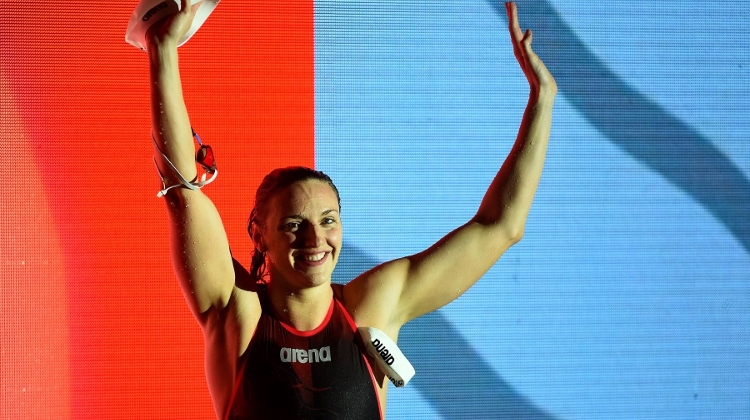 She told reporters that when she began working with new coach Árpád Petrov after returning from the European Swimming Championships in Glasgow in August, she did not know what shape she was going to be in, adding “I would have signed up for the four victories in advance.”

She also said she previously had doubts because of the change of coach, but “you have to stand up and if there are errors, they must be corrected and addressed. Luckily, this is going very well.”

Hosszú declared herself surprised at the large turnout on all three days of the Budapest meet as Duna Aréna was filled to capacity on Friday and Saturday.

“Spending 25 years swimming was absolutely worth it just for these days,” she added.