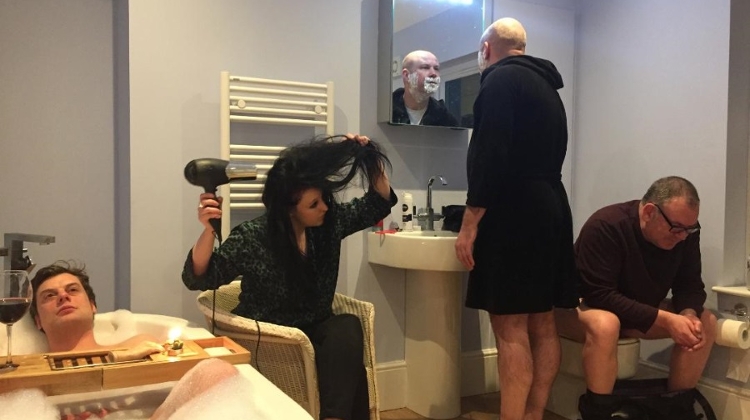 The UK based post-punk band enjoyed cult status in the ’80s and after a lengthy hiatus, the group have been more productive than ever – releasing six 7″ vinyl singles, two 10″ EPs and six studio albums, touring England, mainland Europe and USA numerous times, playing various festivals and recording many radio sessions along the way.

Led by lyricist/singer Robert Lloyd, the band is at the height of their powers, creating a sound that is wired, edgy, boozy and as dangerous as ever.

Lloyd is the most underestimated songwriter of his generation. - The Independent

There are drum and guitar bands and then there is the Nightingales, dwarfing the rest, unmatched and utterly underrated in both musical originality and stylistic innovation. - Rock n Reel*****

How refreshing to hear Lloyd and his raucous hard-bitten charges still pulling off chair-legs and throwing them at the staid musical establishment. As glorious a racket as you could wish to hear. - Flipside

The Nightingales subjugate a rapt and breathless audience with a performance of sinewy magnificence. - Daily Telegraph

Nightingales are unreal. The level of playing and song writing after their post-punk hiatus is unparalleled by any of their generational comeback cohorts. - Terre T/WFMU, USA

Consistently excellent, the Nightingales are as ferociously sardonic as ever. - Dusted, USA

Free, but due to limited capacity registration is required: aqbudapest@gmail.com