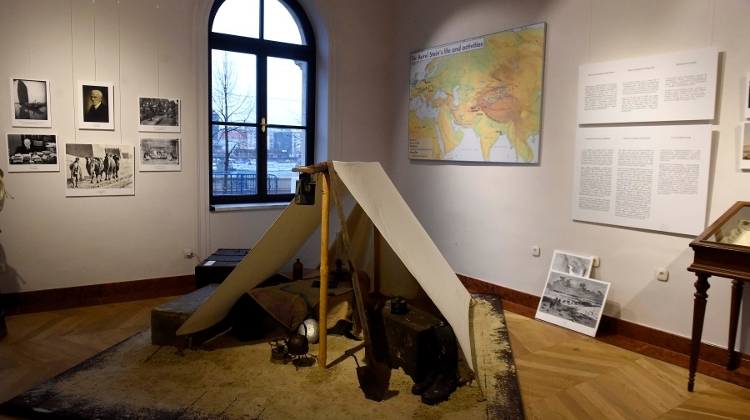 Now on until 7 January. An exhibition guiding the visitor through explorations in central Asia and the Silk Road by Hungary’s archaeologist Aurél Stein and travelling count Béla Széchenyi opened in Budapest’s Ybl Creative House Buda cultural centre earlier this week.

Béla Széchenyi, the son of 19th-century reform politician István Széchenyi, and Aurél Stein led four major expeditions between 1877 and 1916 to the region noted for the route connecting China with the Mediterranean, the exhibition’s curator Ágnes Kelecsényi said.

Széchenyi arrived in China’s Tun Huang region along the Silk Road first in 1879 to work on geological explorations, which Stein resumed later on.

The exhibition features their numerous writings, manuscripts, photos and maps left behind from their explorations along with films and documents.

The exhibition marking the centenary of Széchenyi’s and the 75th anniversary of Stein’s death will run until January 7, 2019.