Hungary To Participate In Debate On Article 7 Procedure 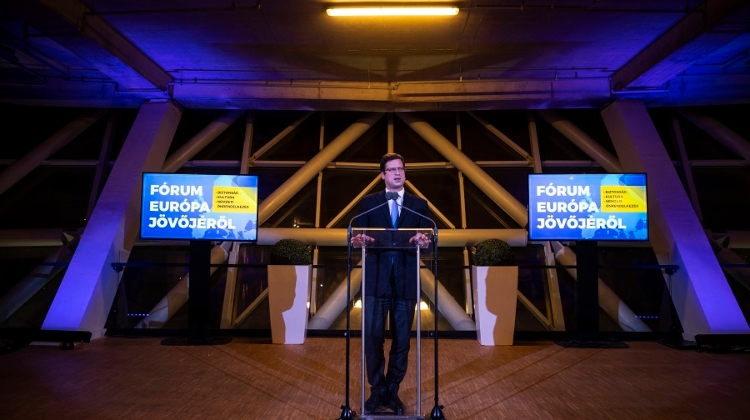 Although the Hungarian government sees the EP’s approval of the Sargentini report as illegitimate, it will participate in a General Affairs Council debate on launching an Article 7 procedure against the country, the head of the Prime Minister’s Office told a press conference.

At the meeting scheduled for Monday, the government will aim to fully brief all member states on the issue, Gergely Gulyás (pictured on top) said. Members of the European Parliament approved the Sargentini report that finds the rule of law in Hungary wanting in a vote in September.

The report authored by Green MEP Judith Sargentini says there is a “clear risk” of a serious breach by Hungary of the values of the European Union and calls for the Article 7 procedure, which ultimately suspends a member state’s voting rights, to be opened.

Gulyás said the procedure against Hungary was political in nature, but was being painted as one protecting the rule of law. The government sees the charge that the rule of law is endangered in Hungary systemically as absurd, he said.

Presenting political accusations as the rule of law is extremely dangerous for the whole of the EU, Gulyás said, especially if the EP oversteps its own authority when criticising member states’ decisions.

Parts of the Sargentini report fall under that category, while other parts are simply false or contain charges on matters that have long been settled, he said. The report may also serve as a bad precedent, sending the message that there is no point in striving for constructive talks, compromise and agreements with the EU, Gulyas said.

Hungary has always been ready to seek a compromise with the EC and complied with the decisions of the Court of Justice of the European Union, amending its law according to the latter’s rulings in cases such as the media law or the judiciary.

This put an end to those infringement procedures, he said. If the charges in these cases are revisited after 5-7 years, that seems to say that there is no point in striving for honest cooperation with EU institutions, he said.

Gulyás said the government had appealed the EP vote on the Sargentini report at the European Court of Justice because the twothird majority support was achieved by neglecting abstentions and this went against the Lisbon Treaty.

Regardless of the fact that the Hungarian government believes the result of the vote was not valid, it will still participate in the debate at the General Affairs Council and will try to give comprehensive information to all member states, he added.

At the meeting of the General Affairs Council, the European Commission will present a report on earlier infringement procedures against Hungary and the government will present a hundred-page report on Hungary’s position to every country.

After this, the General Affairs Council meeting on December 11 will hold a hearing where the Hungarian government will be represented, he said. The member states will get a chance to ask questions based on the accusations in the Sargentini report, information provided by the EC and the Hungarian government’s defence. There will be unlimited time available at this meeting to answer the questions, Gulyás added.

“Our negotiating position is the open and tolerant position of an ally because we believe this is correct even against such harsh expressions of intolerance as those expressed against Hungary in the European Parliament,” he said.

After that, the extent to which the Article 7 procedure becomes part of the Hungarian and European election campaign will not depend on the Hungarian government, he added.

Regardless, the Hungarian government would like to answer all the questions as soon as possible, he said. In response to a question, Gulyas said he did not expect the four-fifths majority support required to take the Article 7 procedure against Hungary to the next level would be granted.