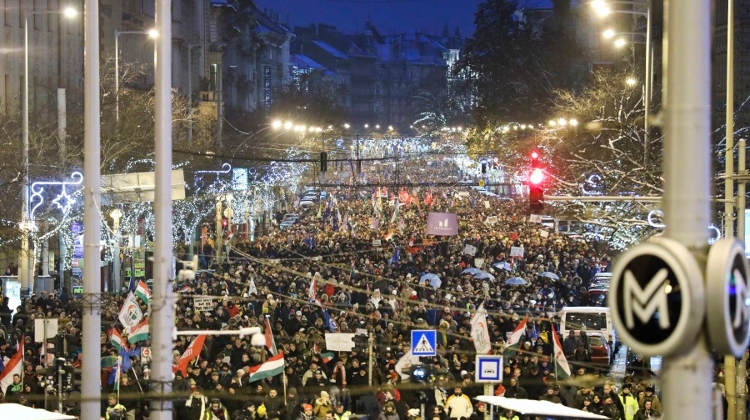 Thousands of people took to the streets for a second night in Budapest to protest against new laws by the Hungarian government. We talk with Gábor Tanács in Budapest about what these new laws are and ask if the protests will continue this weekend.

The protest, called "Merry Xmas Mr Prime Minister", was the fourth and biggest demonstration in a week by leftist opposition parties, student groups, trade unions and ordinary people against the nationalist government.