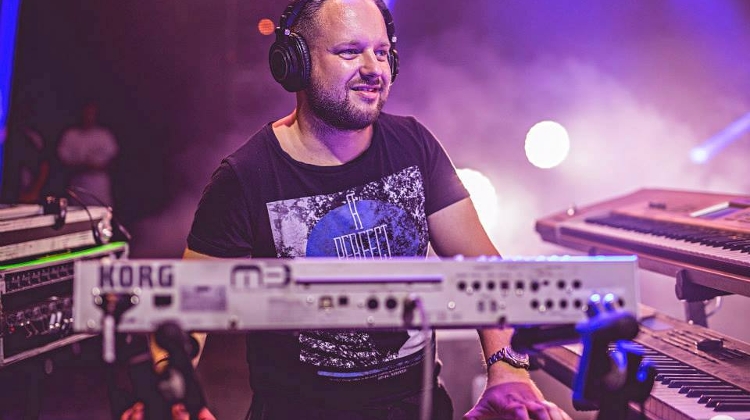 An introduction by a young pianist and composer who has been mostly working behind the curtains so far, presenting his very first solo piano album to the audience on 24 November at A38 Exhibition Space.

Walking at the borders of chillout and ambient, the album has been released under the title of ‘Life Is A Playground’, and is the first true gem of the Dalok a Lelkednek / Songs for Your Soul music project.

At this album release concert, interested listeners will encounter an artistic concert representing minimal music as the genre in a novel approach that has been created to offer some spell of tranquility for the rushing mind, heart and soul in our accelerated consumer world.

Rocking on the gentle waves of River Danube for an hour, listeners will be encouraged to close their eyes, and abandon themselves to music, an extraordinary musical trip, a dash of harmony.

The special guest of the album release concert will be Zoohacker. In addition to his synthesizers, he will bring along his unique wind instrument of mystic tunes, the futujara. He has remixed the song called ‘Timeline’ for the ‘Songs For Your Soul’ album, and it will also be played during the evening.

“The song ‘Life Is A Playground’ sums up the mood of the entire album. Each of these compositions is a distinct island for the soul, and the titles of the songs faithfully reflect the emerging atmospheres. During our work, I made great friends with Zoohacker, which is why his remix sounds so authentic in the album. I have found him an extremely creative, sensitive person.” – explains Zoltán Cséry.

Zoltán Cséry is well-known in Budapest’s musical life – playing piano, he can frequently be heard in Random Trip, Barabás Lőrinc Quartet, Joci Pápai’s band and Kodály Spicy Jazz. His creativeness as a composer is well proven in the records of Patché Formation and the band called Special Providence.

He has been involved in the instrumentation of Subscribe and Road songs, and just recently has worked with the AWS and USEME bands at their acoustic concerts. Last year, he went on tour with the two-time Grammy Award winner jazz guitarist, Paul Brown and Jóhann Ásmundsson, the bass guitarist of Mezzoforte. Besides, he writes song lyrics and poems, one of his pieces is on the usual repertoire of Péter Kálloy-Molnár, actor.

Life Is A Playground