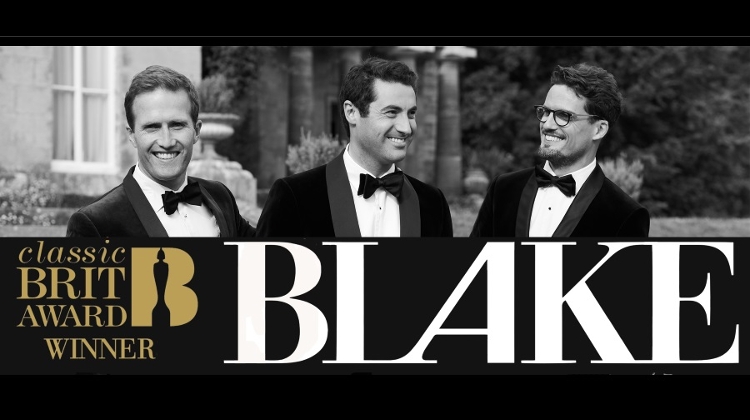 With over a million albums sold, No. 1 hits in ten countries and nearly 150 TV appearances around the globe, Blake continue to build their reputation as one of today’s most eclectic and exciting classical ‘crossover’ groups.

Their friendship and musical careers date back to their school days, but just six months after reuniting as adults via social networking site Facebook, Blake were
ready to launch their debut album in 2007.

It was a phenomenal success going straight to No. 1 in the UK Classical Album Chart and taking the pop charts by storm. With over 100,000 copies of the album selling in just three weeks, the group earned their first Gold Disc.

Recognised by the music industry for their talent, the album received the prestigious Classical Brit Award for Album of the Year in 2008 – a huge honour for a group that was still less than a year old.

To celebrate their 10th Anniversary in 2018 Blake released their Anniversary Album in March which shot straight to Number One in the UK Classical Charts and it remains in the charts today.