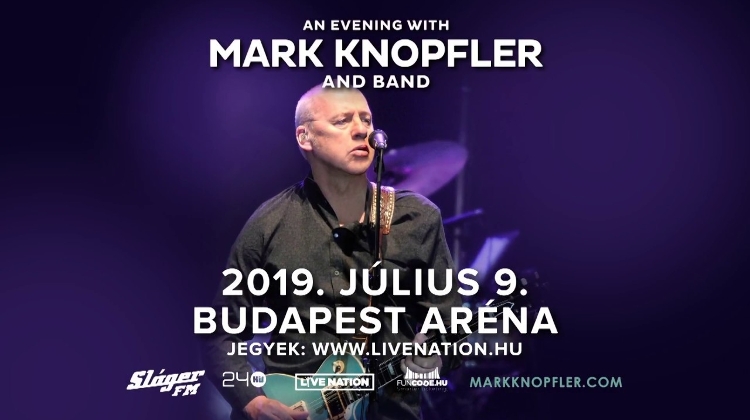 Mark Knopfler, one of the most critically and commercially successful artists of all time, will return with a new tour after a longer break, featuring songs of his new album “Down The Road Wherever”, classic Dire Straits hits and his solo success.

Good news for his Hungarian fans is that Mark Knopfler’s brand new tour will stop in Hungary: the frontman of Dire Straits will be live at Budapest Arena, on July 9, 2019 at 8 pm..


Hailed as one of the greatest guitarists of all time, Mark has sold in excess of 120 million albums across his Dire Straits and solo career.

A multiple Grammy award winner as the lead singer/songwriter for Dire Straits, Knopfler combined his wry lyrics with his guitar prowess to create such major hits as “Money For Nothing”, “Sultans Of Swing”, “Romeo and Juliet” and “Walk of Life.” He has produced records for Bob Dylan and Randy Newman as well as scoring several films.