Slayer To Perform In Budapest Next June 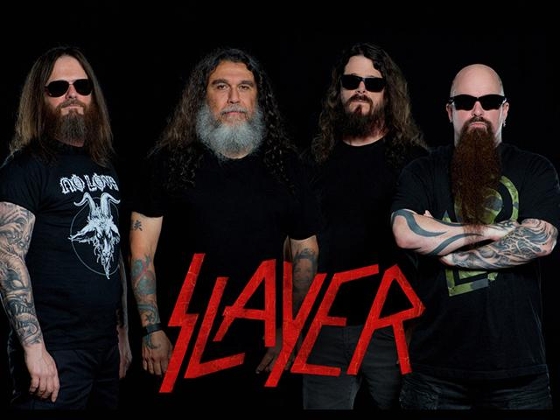 Slayer Extends Final World Tour Into 2019. “We want to assure our fans that we’ll be on the road through 2019 and will get to as many places around the world as possible”. The End is Near… Slayer is making its exit with one, final world tour right now. The farewell gig will be in Budapest on June 11, 2019 at Budapest Arena.

In January of 2018 Slayer announced their final world tour which began in North America in May and followed by a European tour this autumn. In the continuation band will visit places such as South America, Australia, Japan and then they will return to Europe in the summer.

Bassist Tom Araya thanked the band’s fans: “You really are loyal and dedicated fans and we appreciate that so much from you,” he said. “We still have quite a few places to play, so next year, keep your eyes and ears open so you can catch us live one last and final time. Again, thank you!”

Thirty-seven years into its career, Slayer remains the preeminent punk-thrash band that helped establish the genre and that up-and-coming metal heads continue to revere and emulate. Slayer is a five-time nominated, two-time Grammy Award-winning metal juggernaut that writes songs which mirror the turmoil and aberrations of our society.

Slayer's place in music history is secure as one of The Big Four (alongside Metallica, Megadeth and Anthrax): they helped define the thrash-metal genre.

Tickets for Budapest are available first for registered Live Nation members on December 4, from 10am, while the public on-sale begins on December 5, at 10am via www.livenation.hu and www.funcode.hu.