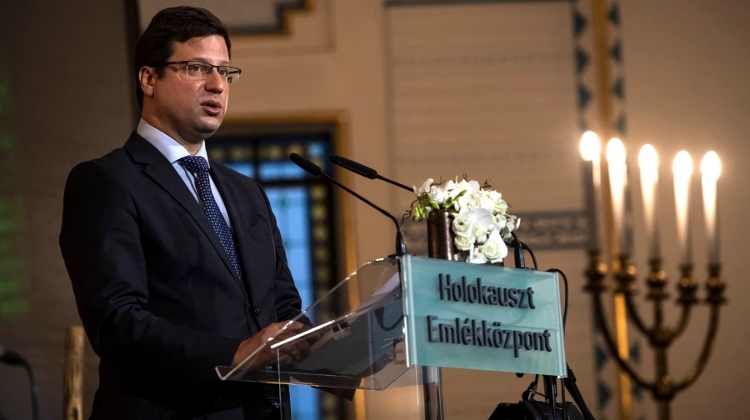 Commemorations were held in Budapest on Sunday, to mark International Holocaust Remembrance Day, the anniversary of the liberation of the Auschwitz-Birkenau death camp in 1945.

Gergely Gulyás (pictured on top), the head of the Prime Minister’s Office, said in his address at a ceremony held at the Holocaust Memorial Centre that the Hungarian state had “failed to protect its citizens at the time of the Holocaust”. “There was no collective crime, responsibility lay on the state,” he said.

Referring to political developments in Hungary before WWII, Gulyás said that “it is a fact that Jews were deported after Hungary’s German occupation, however, all that could not have happened without participation by the Hungarian administration”.

The Hungarian government is “proud that Jews and non-Jews now live side by side in security, among flourishing cultural and religious activities,” Gulyás said.

Israeli Ambassador Yosef Amrani said that the Holocaust is an “incomprehensible, indescribable tragedy, which we must remember”.

András Heisler, head of the federation of Hungarian Jewish communities (Mazsihisz) said at another commemoration that the Holocaust is not an “internal affair” for the community, but an issue concerning the whole of society.