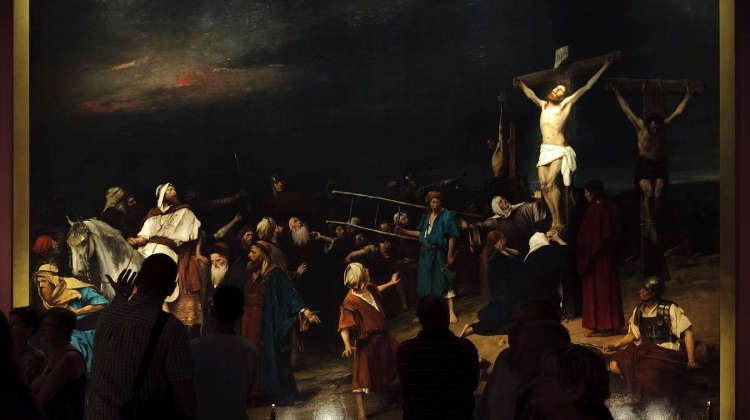 The purchase means that all three pieces of Munkácsy’s famous “Christ Trilogy” are now owned by the Hungarian state.

The state had owned Ecce Homo! (1896), the third painting in the trilogy, for years and acquired Christ Before Pilate (1881), another of the three, from Canada’s Art Gallery of Hamilton for 5.7 million US dollars in 2015, with funding from the central bank’s programme to buy national art treasures.

That year, talks between the government and Pákh on Hungary’s possible purchase of Golgotha fell through and Pákh was ready to have the painting removed from Debrecen’s Déri Museum.

After Hungary’s heritage authority gave Golgotha protected status to prevent it from being permanently removed from the country, Pákh appealed the decision, but his claim was rejected.

In 2017, the Kúria, Hungary’s supreme court, ordered a retrial in the case. Last year, the government and Pákh entered into negotiations on the painting’s sale.