International Investment Bank’s Headquarters To Move To Budapest In 2019 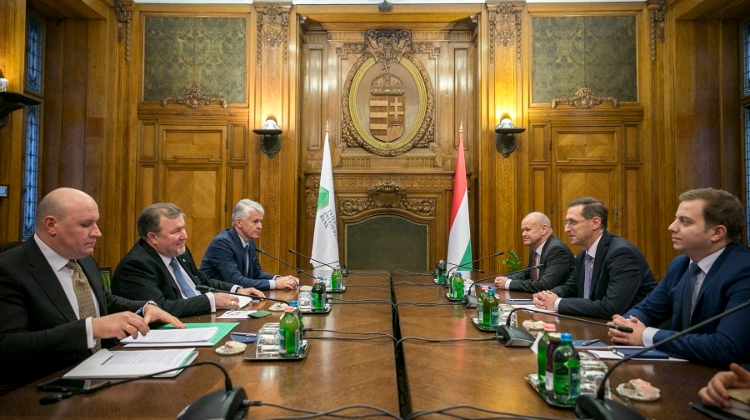 The Hungarian headquarters of the International Investment Bank will open in the second half of 2019, and according to plans the entire headquarters will move to Hungary within two to three years, Finance Minister Mihály Varga said after his talks with Nikolay Kosov, Chairman of the financial institution’s Board.

The direct presence of the bank which has been active on the Hungarian market also to date will further increase the financial resources available to Hungarian businesses, and Budapest may become one of the most significant financial centres of the Central and Eastern European region, the Finance Minister observed.

Mr Varga described the relocation of the International Investment Bank’s headquarters to Budapest as one of the most important financial news items of the past year. The financial institution’s management board adopted a decision on this last December, and the agreement may be signed as early as in January, the Minister informed the press.

Mr Varga also drew attention to the fact that an important factor behind the IIB’s decision was that Hungary has been one of the most stable states of the region for years. He said the Hungarian economy did well also in 2018: the performance of the economy improved at a rate that had been unprecedented for two decades.

There are a number of factors behind this achievement, including the six-year wage agreement, the grants provided for housing projects at a previously unprecedented rate, and the measures serving to eliminate the shadow economy.

At the same time, a disciplined fiscal policy was pursued throughout last year. Hungary is now among the world’s ten best investment destinations, Mr Varga highlighted, pointing out that last year 98 major investments came to Hungary which created 17,000 new jobs, and as a result, the total value of investments increased to above HUF 1,380 billion.