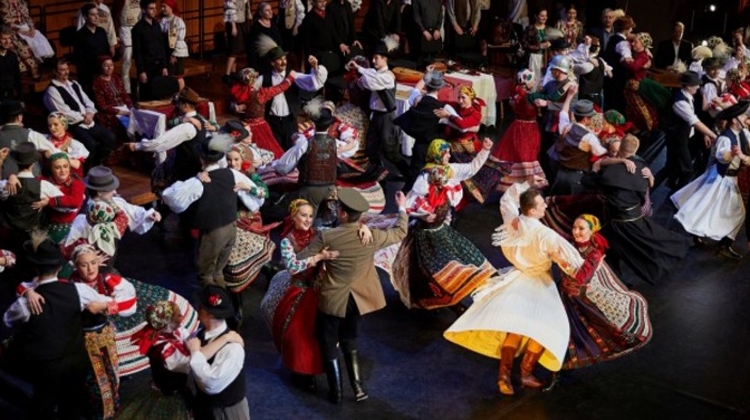 The world of monophonic music is one of the first and oldest pieces of human heritage that has belonged to the peoples of world for millennia.

Rhythmic accompaniment and the underlying static base tone of a bagpipe enhanced the unisono playing of the melodic instruments.

The next step was the emergence of polyphonic music, accompanied by harmonies, the development of which continues to this day.

While these two musical worlds differ fundamentally, they continue to wander lost through people's minds in conflict with one another, creating what might be referred to as 'rivalry of worlds' rumbling within us.

We look forward to conjuring up an experience of these two striking musical worlds to make it clear that it is less important what tools a musical system uses, but how well it applies them.
In the first half of the concert, the world of monophonic music will be revealed to us through the folk music traditions of Eastern Europe.

Both Hungarian and Balkan traditions have kept alive the old European ways of hearing music, as well as the world of whistles and drums, hurdy-gurdys, circle dances, lyrical songs and ballads.

In the second half of the concert, we will witness an unfurling of the world of polyphony and its phases throughout the history of music, which are preserved to this day by the oral traditions of peoples from various regions of Eastern Europe (Transylvanian Hungarians, Serbs and Ukrainians).

By juxtaposing these two worlds, it is as if we are experiencing a journey through time.

The dance and music of our ancestors accompanies us from the past into the future, from the old year to the new: the Hungarian Heritage House's New Year's Greeting once again rings in the new year with a two-act performance recalling Hungarian new year's traditions.