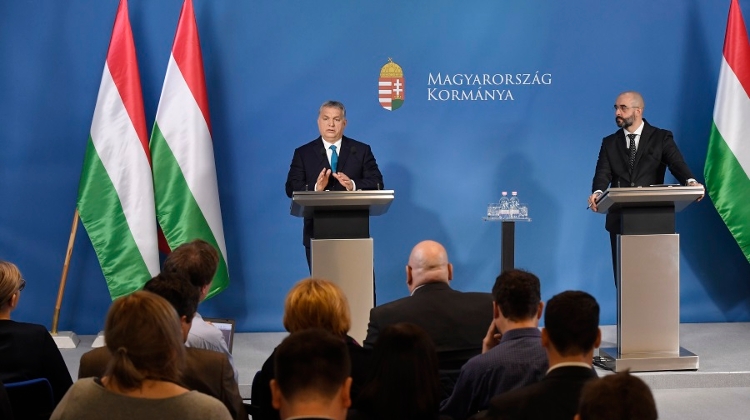 Hungarian PM Viktor Orban urged 'anti-immigration' forces to seize control of the EU at elections in May, and threatened to 'fight' French President Emmanuel Macron over migrants.

His comments echo calls for a 'European Spring' made by the Italian Deputy Prime Minister Matteo Salvini who challenged the 'French-German axis' on Wednesday during a visit to Warsaw.

The nationalist leaders see Macron and German Chancellor Angela Merkel as representing an elitist pro-immigration stance. Orban told a news conference in Budapest there would be two civilisations, 'one mixed Muslim-Christian in the West, and one traditional European-Christian in Central Europe.'