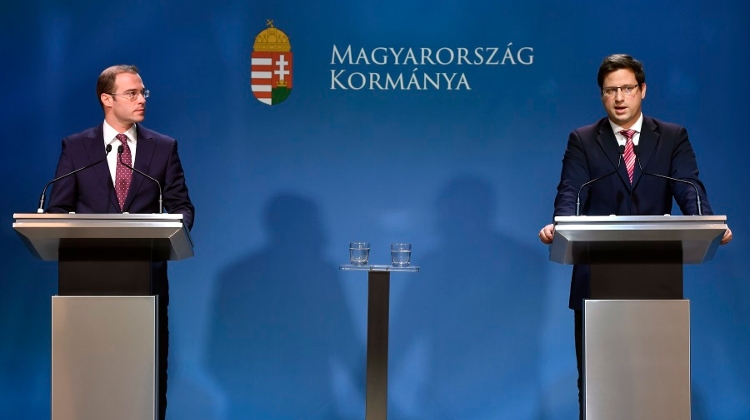 The government is launching an information campaign on “plans” by Brussels to promote migration.

All Hungarians have a right to know about the proposals that “fundamentally threaten Hungary’s security,” government spokesman István Hollik (pictured on top left) told a press conference.

Hollik justified the need for the campaign by saying that while Hungarians have already expressed their opposition to immigration in a variety of ways, Brussels was still trying to force through plans that support it.

“The latter has already been approved by the European Parliament,” he said. Brussels’ plans, he said, also include giving more money to organisations that support immigration.

At the same time, the European Union would punish member states that oppose immigration by cutting their funding, he added, warning that if these steps were to be carried out, Hungary would become “a country of immigrants”.